The Return Of The Beguiling Beauty - Contemporary Romance

/ Contemporary Romance / The Return Of The Beguiling Beauty 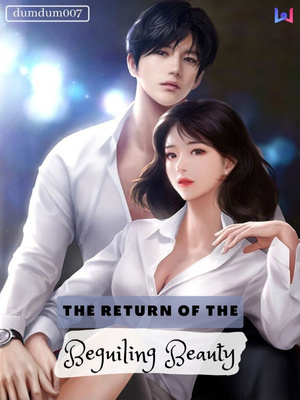 The Return Of The Beguiling Beauty TROTBB

Lillian was the rightful descendant to the world's most powerful throne.

She had the chance to rule the dark and deadly world, and be its only Queen.

But, the betrayal which came from her own family made her land into the abyss of the same bleakness. Only this time she wasn't given the chance to rule it, but was left to fend for herself in the same dark world with no memories of her past.

The very moment she gave up on everything, including her own life, a man stumbled into her life.

Given two choices, he opted for the tough one. Instead of leaving the sixteen-year-old girl in the same deep, dark place he had found her in, he decided to bring her with him.

To Blake, she was more like the spoils of a small battle. But fate had its own plan for the two of them, and despite being the master of the green-eyed beauty, his heart became her slave.

Will Lillian be able to return the man's feelings? Or will he become the sole reason for her destruction? What will happen if she stumbles back into the same rummage she was brought out of by him? Will she be able to face the haunting truths of her past and rise from ashes once again?

For those who are new,

This story is actually a spin-off of “My Little Sunshine”, and the main leads here are actually supporting characters in it. But since the story is retrospective regarding Blake and Lillian, it's fine if you haven’t read it.

Join me on their journey, and hopefully you will like it.

You can join the discord server for updates and picture references:
https://discord.gg/tHARRPX