The Rise Of The Sovereign Sun - Fantasy

/ Fantasy / The Rise Of The Sovereign Sun 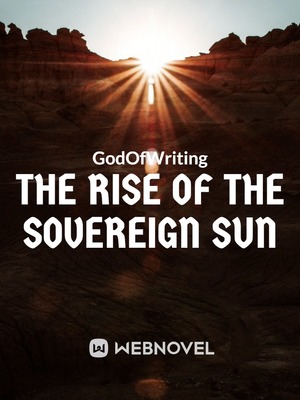 The Rise Of The Sovereign Sun TRTS

An Empire stands atop the known world, a bastion of civilization. Powerful armies that beat down enemies afar, elite warriors of an ancient order that lead every charge, with magical prowess fueling the economy at home...the Empire stands above all. Yet it is beset on all sides by enemies within and without, as well as many dark and insidious forces that even mentioning their name will result in a visit from the Inquisition...

Our story follows one man and his place in the world, as he learns and grows in the lovely yet horribly violent world he finds himself in. With humble origins in a land south of the Empire, he will make use of his curious and clever mind to discover and carve his path in the world... either with his words or with his might, he will see that which he believes in prosper.
-------------
Hello there, humble writer here. Welcome to my first attempt at writing a novel, of particular it is of the grand fantasy/growth genre. Do not forget to leave an honest review, comments of varying levels of readability, and to shower me in absurd amounts of attention and stones if you want to make an attempt of trapping this writer here for longer!
---