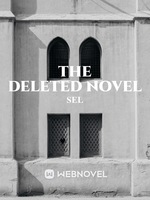 Riana was stuck between her dreams and her reality. In her dreams, she loved a boy named Dmitri. However, she could not be with him because he did not exist.
Then, one day, he disappears from her dreams, and strange things began to happen in the real world. Then, Dmitri appears in the real world.
Riana then learns about another part of the world that she never knew existed, the forest near the town she lived in was actually called Dendros, and it was the home of the Fairies. Beyond Dendros, there was a wasteland called Talattia, which was the home of the Demons.
Riana was fascinated by all the Fairies and the Demons, and then she learned that Dmitri was one of them, but Dmitri was not an ordinary one.
Dmitri was planning on conquering all the humans under the reign of the Fairies and the Demons.
Riana now had a choice: she could side with Dmitri and help him achieve his goals, or she could save humanity.