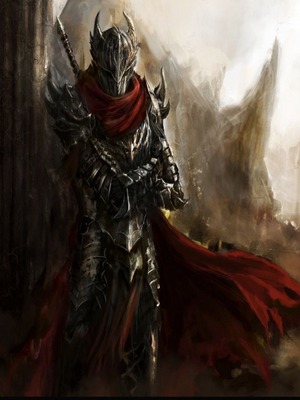 The Shadow Heart is a title for a player who has the most contribution in defeating the last boss, Shadow Monarch.

Myojo was one of the three millions players who trapped within The Olympians Online, a VRMMO game. After ten years struggling and surviving in this Death Game, finally he with everyone else who remain, arrived in the front of Hell's Gate, the last barrier into The Shadow Monarch's turf. Initially they want to entered together. But, because of the warning that scripted on the stone slab's surface, everyone eventually have a second thought.

|Whoever entered the Hell, will never leave this place alive|

Freezing in fear, the frontier began to contemplated how they can finish this shity game. After some discussion, they concluded that they will make a best Party Raid to sacrifice themselves for the good of all players. All players started the debate, no one wants dead, and no one want to propose themselves. In the end, they just walking still in the place, without any conclusions.

Feel that they don't make any progress, a brave party eventually propose themselves. A party who consisted of seven members, they were 'The Seven Apostles', the strongest party.

Myojo, the treasurer and the most skilled member, doesn't want to let his friends die. Ultimately he entered The Hell alone. Because of the rule, The Hell Gate sealed close until either the Challenger dead or they successfully defeated the Shadow Monarch.

Myojo's special job make him a perfect opponent for Shadow Monarch. After fighting for three days straight, in the end Myojo succeeded to kill Shadow Monarch. Successfully liberated all players with his life as the cost..... or maybe not?

Warning: English neither my primary nor my secondary language. So please bear with my suck grammar. Or you can just fuck off.