The Sins of Anna - Romance

/ Romance / The Sins of Anna 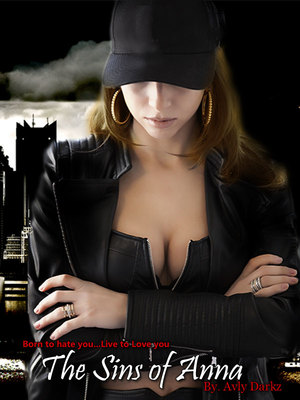 
The Sins of Anna,


Push the boundaries with a Steamy Romance, Violence, Drama, and Sweet Comedy between the main character Anna Darkz and a ruthless mob boss Ren Feng.


Story characters are full of inner demons and conflict, they are complex with there own personalities and have their own flaws that they will fight against. These personalities will shape the story as situations arise and they are forced to react and adapt.


This is a world where Drugs and Rape are possible, be prepared. Rape will not be shown in detail, but it will be insinuated in some ways.


Hookers and prostitution will also be mentioned but not be focal point.


Witness the Darkside of Ren’s world that Anna gets dragged into, literally. As her innocence is completely destroyed. Tears and pain, blood and suffering, and Love and passion, which will win out in her heart.

Sequel Check out Vengeance for Jenny Where Maliki's story begins.


Sat will be a rest day to take care of myself and family time. As I am a mother and kids need family time too.

Chap:4 In or Out – Everything opens wide
From there the journey begins.

Chap.101 Start a new - Begins a collaboration for a short time with the amazing Panamathers, our two stories collide for a short while. Check it out you don't want to miss the whole story of what happens to bring on this collaboration. Go to I Remember Love for her side of the story.


To get the full grasp of the characters keep reading there are secrets that both characters are hiding as battling with. Only by reading will you know if they can overcome their demons, Along the way you might even fall in love and feel conflicting emotions yourself.


Spoiler: There will be other volumes coming for the side males.