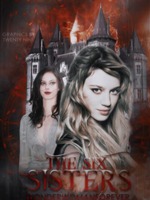 King Dante II 'The Erudite' is an excellent sovereign for the Twelve Kingdoms, ruling in peace, prosperity, and goodness for his people. Although, there is something torturing his mind every night and day. The fact that he was dying and he didn't have a male heir, but six daughters, as his heirs.

He had married six times, six different wives, and each of them had granted him a single daughter.

His first born, Roslyn-Xael, was a warrior born. She used the sword and the shield better than most men in the Realm.

His second born, Nymeria-Pandora, was extremely cunning, though impulsive and perfunctory.

Yvette-Ysabelle, his third daughter, seems to be the normal one, even though rumour has it that she keeps a huge amount of power inside her.

His fourth daughter, Venus-Ambrosia, wasn't randomly given that name. She's the only princess raised in the Palace, her beauty being renounced in every part of the Twelve Kingdoms.

His fifth daughter, Adele-Gaelle, was raised in the West. In a dark castle, where the only sentiments were discipline and submission to the will of her autocratic grandmother.

Lastly, his sixth daughter, Phoebe-Ina, seems to be the wisest and most intelligent of all. It's just that she doesn't know she's a princess yet.

Those six sisters, who have never met each other before, will be summoned to the Palace to claim their throne. Who will achieve to become queen before a civil war breaks out and tears the Realm apart?