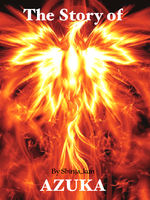 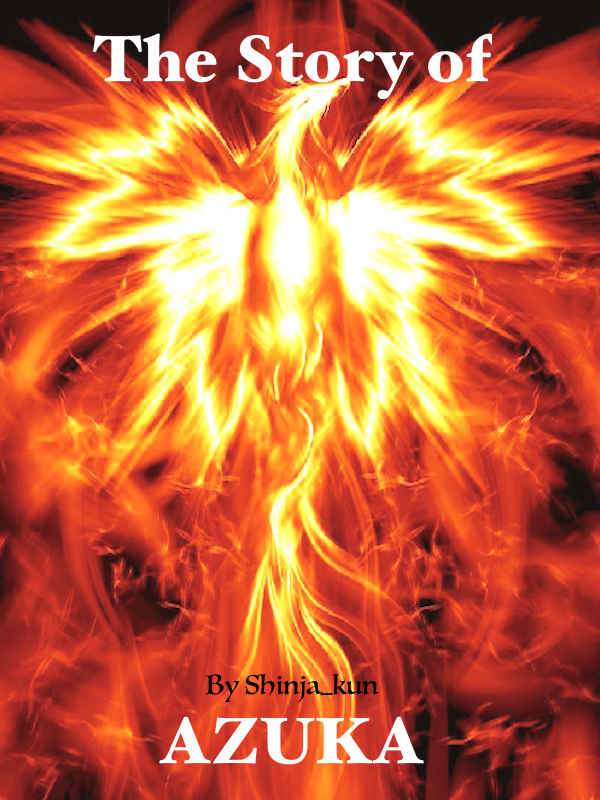 The Story of Azuka

In a valley wedged in-between four kingdoms lies the Town of Deities. A town that produces the highest number of God Reincarnates. Before the creation of Humans, the first race. Gods roamed the lands of Earth. Each God had a purpose and controlled a part of Earth. The God of Snow controlled the snow, God of Fire the flames, so on and so forth. They lived happily, never crossing paths with each other.

Until the day they created Humans. It was peaceful at first, then a human who could see into the future told the Gods about their deaths. Fearful, the Gods retreated into a realm outside of the Humans. They were meant to be safe, but the human's foresight unfortunately came true. In a last ditch effort to prolong their life, the Gods performed a ritual to allow their souls to inhabit a human's body at the time of their birth. The God's soul would recuperate, it usually would take 14 years for the God's soul to fully recuperate.

God Reincarnates are those humans who has a God's soul inhabiting their body. Every year the town would hold a ceremony for God Reincarnates to discover if the God within them has awakened and right now is that time of year again. The whole town is booming with business….

At the entrance of the town vendors from all over the city set up shop to catch all the newcomers.

"APPLES! GET YOUR APPLES HERE," a vendor anxiously waits for a customer. This is the only time I can actually get business, the vendor thought, "but when is anyone gonna actually buy one of my apples!?" As the vendor says that aloud, a customer conveniently appears in front of his shop. "How much for the apples," the customer says. The vendor holds out his hand, "5 CELS! NO MORE NO LESS!"

"5 cels?!? What kind of apples are you selling here," the customer asks with concern. "You see I'm selling these here apples for the lowest price on the market right now. Every other vendor are selling fruit for over 8 cels! I tell you I have the best deal here." The vendor smiles believing that he is convincing enough to trick the naive customer. "Well, I do need food, and I don't have much time," the customer looks down at his money pouch and inspects the contents.

Just enough to buy him a room at the inn, food for three days, and extra just for any other special situations. "Alright, I'll buy one please," the customer says regretfully. "OKAY THEN," the vendor hands the customer an apple, "Thank you for your business here!" The customer takes the apple and walks off.

Eyeing the apple the customer begins to take a bite when someone bumps into him. "OOF!" The customer picks himself up from almost falling over. "Sorry, Sorry, I didn't mean to bump into you like that, I hope you aren't hurt or anything." The customer looks up to see the bumper, he's just a kid he thought. "I'm fine, don't worry about me," the customer says as straightens up and scratches his head. Only to realize that the apple he had in his hand had gone missing.

"Hey! Kid!" When the customer looked for the kid, he seemed to have gone missing as well. Did I just get robbed, he thinks as he looks for the kid. After looking around for a little bit he notices the kid again, "Hey, Get back here with my apple, I paid 5 cels for that!" The kid looks back smiling, "What kind of vendor were you shopping at?" The customer starts to chase after the kid, bumping into giant men, the kid knowing he is gonna get in trouble if he is caught, runs away.

Even though the kid is able to maneuver much faster in a crowded area than the customer, he still stayed on pursuit of the kid. The customer apologizes as he runs, continuing to bump into people of all shapes and sizes. "Guards, Guards! Please someone stop him!" The kid laughs thinking, this idiot has no idea that no one's gonna stop me. The kid eyes a nearby library and takes a sharp turn behind it. If I keep going straight I can run right for the river bank. He looks back to see if he had lost his pursuer. THUD! The kid had run into a steel wall knocking him right on his bottom, "Ow,ow, I don't remember there ever being a wall in here." The kid looks up to see that it was no wall, "Oh shit…. Oh no."

The kid scurries in the opposite when the wall grabs him from the back of his shirt and lifts him up. "AZUKA! Why are you running away?" Azuka maneuvers his body to face the wall, "Ahhh, Mr. Guard, as you can see I was so excited for the ceremony tomorrow that I got a bit carried away and-" Mr.Guard stops Azuka from continuing on and looks at him with a death stare. "Azuka….Did you….Break the law?"

Azuka begins to sweat nervously, "Of course I haven't Mr. Guard, I'm just stretching my legs as one may say." Azuka laughs nervously as the customer finally catches up to him. The customer who is completely out of breath, with his hands on his knees says, "Help me please....That kid stole my apple!" Mr. Guard looks at the customer, then looks back at Azuka. "Azuka, I will give you two seconds to prove yourself innocent. One." Azuka stutters around having no explanation ready for this situation. "Two. I gave you enough time."

Mr. Guard begins to clench his free hand and pulls it back. "Woah, woah, calm down you don't need to do all that, I promise, I'll come silently I swear," Other people walking by are surprised to see a town Guard attacking a child, the locals on the other hand causally walk past it. "Azuka, you have broken…. THE LAW!" Mr. Guard punches Azuka with so much force that he is sent flying to a nearby building, knocking him out in the process. The other people who stopped to watch because of their curiosity barely get out of the way of the flying Azuka.

Mr. Guard wipes the dust off his shoulders, "Hey you!" He says to the customer who is absolutely terrified. "You said that he stole something from you, what was it?" "W-W-W-Well h-h-he uhhh.." Mr. Guard walks up to the customer becoming face to face with him, causing the customer to be more afraid than he was previous. "Well now spit it out." "Well you see it was an apple that cost me 5 cels," the customer says as he avoids eye contact with the guard.

"5 CELS!?!?!? What kind of vendor were you shopping at? Well anyway, you don't have to worry yourself for too much, I'll take care of Azuka here." Mr. Guard walks up to the unconscious Azuka and lifts him onto his shoulder. "I'll bring him back to the station, he won't be stealing anything for a while."

The customer finally snaps out of his frightened state and obnoxiously says, "Make sure he gets the worse possible punishment for stealing from me and wasting my time!" Mr. Guard looks at him, "It was only an apple and 5 cels, if anything you should be going after that vendor instead of this kid." Mr. Guard turns his back to the customer and walks towards the station.

Hope you enjoyed my first chapter. Please leave your thoughts below and also leave suggestions on how I can improve my writing. Thank you for reading The Story of Azuka.