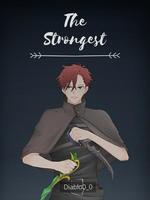 The sun is shinning brightly at the claude kingdom, the main city of claude is busy as usual. The st michael academy is also crowded as always and there's Ray an 18 years old male zombie, his looks are lame as usual but he's handsome. He's always late to academy.

Teacher always punish him because he always late to the academy. As he walk his way to academy, He saw a female zombie being harassed.

Ray hide behind a wall to watch the thug while stay hidden. But Ray can't stay put his intinct told him to charge in. After a few minute of waiting Ray heard a voice from inside his head.

"Ray use my power to save that girl"

"we don't have much time just use my power"

the voice inside his head told him.

"ugh my head it hurts"

After that ray lost his consciousness.

"Hey miss want to hangout with us"

One of the thug ask the female zombie if she want to hang out with them. It appears that the thugs is from a vampire kin and there are five of them. Suddenly they feel a massive bloodlust coming from someone.

Their body automatically entering the high alert state, high alert state is a state where you body is on a defense mode because you encountered a dangerous creature. The five of them slowly retreat, one of the thug warn their leader to stay away from that entity.

"Leader we should run as soon as possible, that entity looks dangerous he can possibly injure us"

But it's too late as Ray approaching the thugs he look at the female zombie then, He smile and vanish. The thugs can't believe what they saw and start to panic,

And suddenly Ray appears on their back, The thug reaction time was a bit slow and because of that Ray knock them instantly. After knocking them out Ray back to on his own sense.

"Umm thanks for saving me"

A gratitude from the female zombie to Ray and as she want to leave,

"can you keep this incident between us?" Ray ask, Then the girl nod and excuse herself.

Ray still wandering what happened to him while he's unconscious, the only thing that he remembered was the vampire thugs got knocked out. He thought it will be the best to hide the truth for now.As he wandering around, the academy bell ring

Then he sprint as fast as he can but the academy gate has been closed. Student that late must pay the fine.

Say the teacher who was staying on the academy's gate.

Sir Jack sigh and let Ray in without paying the fine,

"Today is your lucky day don't be late next time".

Ray thank Sir Jack for his kindness and rush to his class.Ray finally reach his class, As he walk to his sits Ryo greet him

"Yo why are you late today? Did something happen to you?"

Ryo sigh and end the conversation. Ray still wandering what happened to the vampire thugs that he knocked out few minutes ago.

The whole class back to their seats and ready to listen what the teacher has to stay.

The whole class are excited to hear that their first lesson would be a combat class.