The Tale of Neeladhri by VeiloftheDark009 full book limited free

/ Fantasy / The Tale of Neeladhri 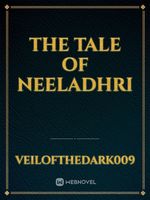 He is born to be the King that would rule they're vast domain. Lights will strike down the skies and the gods will praise his name.


A queen's both arms embraced the newborn baby with a gracefull smile on her face. The trumpets blew loud, that time.


A prince was born. The priest named him,

But no matter how hard you hide the truth,


The people gasp in surprise upon hearing that the newborn prince have odd eyes, auburn wavey hair, a scar was drawed on his face.


"What an ugly baby," one of the servant muttered and she was sent out to be hanged immidietly.

The King could not take it to himself that his wife bored an offspring this ugly.


"A demon! Throw him down the river!" The eldest of the priest shout.


And they threw him down the Vile river without pity in their eyes. The Queen was killed. The King ruled the kingdom without an heir.


Lived his life long with the help of Amon, the demon of death and life. Perhaps he made it on purpose. Perhaps he doesn't want any heir at all.


But in the vile river, a goddess was watching Neeladhri's basket float in the rushing waters. He is the chosen one.


"Oh forgive me my King, we came rather late." Goddess Athens picked him as the waters deliver him herself.


His left golden eyes shine even more as the drops of waters touch his skin.


"Where are you taking him?" Aries asked, his gaze glued to the womans breast cleavage.


"Fix you'r eyes and i will answer you'r question."

He looked away blushing.

Athens smiled at the baby who was now sleeping. "Lets bring him to an another world called earth."


With all the High Technologies there, it can help him enhance his knowledge.

"Hide his pointy ears and fix his left eyes. Such odd facial features will only bring him suffer or bully there."


"Do not order me, my brother." Athens beam at Aries.


"When he turn twelve, lets bring him into the Netherworld."