The Thief Who Stole The Heavens - Eastern Fantasy

/ Eastern Fantasy / The Thief Who Stole The Heavens 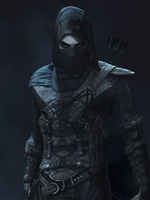 The Thief Who Stole The Heavens TTWSTH

Yang Fan was your ordinary friendly neighbour, at least, that was the personality he displayed. In reality, he was a master thief and was known as the greatest thief in the world, he also took on numerous professions and could be said to be a jack of all trades, however, the phrase, "Master of none" also didn't work because, although he wasn't the best in his field, he was highly renowned.

Yang Fan wasn't some sort of Robin Hood, he stole whatever he thought was valuable, whether you were poor or not, he didn't steal for people and heavily disdained those who did, he just liked the feeling of having wealth, after all, "Birds die for food, and Humans die for wealth."

He enjoyed reading novels, but he was disappointed in all the cultivation ones as he grew numb to those foolish young masters who lost all sanity at the sight of a beautiful girl, Yang Fan had murdered people before and he just saw flesh and bones in anyone, this also explains his unsuccessful love life.

Yang Fan didn't die due to some truck or some god that killed him accidentally, he had cancer, but he thought he would pull through as he was only 27. However, when it was revealed he was in the late stage he lost all hope, and decided to steal his lifelong goal, the Star of Sierra Leone, he had already stolen 16 pieces from Harry Winston, and went for the last one. It was a piece of cake for him but when they were put under the sun they merged!

It was at that moment he died and his soul was absorbed by the diamond and he was sent into a cultivation world and became the young master of the Yang Family in CloudSoaring City, he aspired to be different from those foolish young masters and when the original was killed so that the elders could successfully steal the clan leader position as well as the fact that his father died, he saw it as an opportunity...


Hello guys, this is Roloter, you may have seen my comments here and there but this is the first book that I have written, so please don't expect much as I'm only doing this for fun and reading books on this app has inspired me to make on as well, specifically Madara in MHA and Annihilation Maker, such beautiful classics, anyway, don't expect this guy to be like those generic young masters, he will use anyone he can use and squeeze out all their benefits to aid himself, if you're looking for an mc that will save a damsel in distress, this ain't it as the mc will probably drug all of them, take all they have and, depending on the situation murder them in cold blood, anyway enjoy the story.

Add me on discord https://discord.gg/JwBSVNH