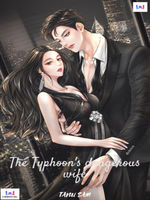 There is a secret amongst nobles that they all know but never dare to say. It may have been the oldest, unspeakable yet obvious truth in all the Nobles. It was the lie of nobility. But who among high society would be daft to admit that nobility is nothing but a farce.

Behind their lavish and generous facade lies vicious and hungry demons. They care for nothing, afraid of no one and stop at nowhere.

And you know what ensures power, respect and wealth altogether?

The answer is simple Arranged Marriages.

A marriage of convenience.

But little do they realize marriage is a marriage- love or arranged. Both require the same level of commitment, love, trust and respect.

It was the D- day for Xin Zhenyi. Well, not in a good sense. She drank straight from the bottle not bothering with the glass. It was barely the second bottle.

" Mind sharing?" Fan Bingbing her assistant aka her friend asked as she tried to discover what was wrong with her boss aka friend today. She had never seen her behaving that way.

Handing her the bottle, she leaned back, closing her eyes.' God, I was going to murder someone' Xin Zhenyi said in her mind. Every single thing was a nuisance to her. To say she was frustrated would be an understatement.

"This is such a sad day." Fan Bingbin frowned when Xin Zhenyi took the bottle back.

"What's the man's name ?" She asked, picking the file in front of Xin Zhenyi.

Ignoring her question, Xin Zhenyi thought of all the things she could do to stop her father and grandfather to end this marriage bullshit. she would preferably kill Longs than tie the knot with one of them.

Only if it was that simple!

She scowled as if the man didn't even have the right to deserve her admiration. Well, this was Fan Bingbing to her the men are the most trivial or insignificant creature on the planet not realizing she was produced by one of them. Except one.

"Arranged marriages are so obsolete and outworn. How can you get married to a man you've never met before? You don't even know what he looks like" she asked.

It would have been a good point if it Zhenyi had an answer to her question.

Can she say her future-in-laws are loaded?

Alas! But did it matter?

"The Longs are one of the most powerful clans, if not the most powerful family in the whole of China but the most powerful in Beijing. My Grandfather wants an end to this long going rivalry between the Longs and the Xins. So, even if I had no idea how he looked, or if he was attractive or hideous, I have to marry him.Because it doesn't matter. I am supposed to perform my duty and marry the bloody man ."

Her grandfather had talked of this marriage for the past two decades.She was almost a child back then, but later as she grew up and realized that a girl was not supposed to inherit the family legacy.

She vowed to prove herself and show all those dumbheads that her gender could not define her capability, so she was willing to do anything that needed to be done to make the family proud, like a bloody dumbhead. Like all children, she wanted to impress her father. she thought she had no other alternative, but as she said, she was a dumbhead.

She thought she needed to prove herself, but what she didn't realize back then, was that if there was one thing in the whole wide world, that her Father and grandfather cherished and cared for was her, the one and only Xin heiress Xin Zhenyi, the merciless queen.

She made a mistake in her childhood by agreeing to the bloody marriage contract and she would be dammed if she had to marry that presumptuous and arrogant bastard Long Jie. So what if she made a mistake! She would do everything in her power to stop this charade.

She had heard rumours of her fiance unlike him who had no idea about her.Poor man didn't even know what she looked like.

One thing that Xin Zhenyi could never accept, was defeat and it was just the beginning, and she was Xin Zhenyi, and submitting to defeat was not what they taught the Xin heiress.

If you are uncomfortable with heavy smut, then tell me to lighten it. But it does not start before chapter 60.

The reincarnation theme will be seen in the 2nd volume.

If you like the story vote and if you don't tell me it's worse.

But just a little plea, judge it after 10 chapters because the story starts slow.

we are going on a hell of a ride and yes you will love every minute of it.

if you like it give a review and a comment if you dislike it no problem tell me in comments.