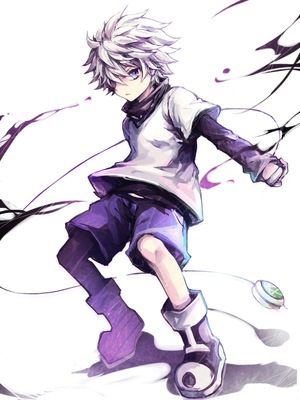 Chapter 1: Death and the One Above All

Ren was a person that liked to help those that are sick, homeless and hungry. He was on his way to a newly made orphanage that he wanted to donate money to as he was from a rich and wealthy family.

While on his way, the bus that he was on started to continue driving, not minding any traffic. It was heading towards the ocean. Ren was panicking on what to do, the bus had all the windows closed but the bus was half way to the ocean.

He tried everything, wake up the driver, who was not responding, break the window and escape, but he couldn't leave everyone else on the bus, so, he broke all the windows and tried to throw people outside of the bus.

The next thing he sees, is a white, plain room with nothing but 2 chairs and 1 table. Then suddenly, a golden light struck down, and a person, no older than 40, appeared in one of the chairs.

[Why would the one above all appear in front of me? I am just a human, plus, how am I supposed to believe you?] Ren

[Well, how about this?] says the man. Straight after, the surroundings change to that of an island in the middle of the ocean.

[Ok, now that that is solved, I will tell you why you are here. You are here because of the right and just actions you did not only at the end of your life, but also when you helped the weak, homeless and sick. In accordance to this, you have amassed a large amount of positive karma, in fact, you have the 2nd highest amount, besides me, for creating everything. And you have broken multiple records on multiple other things.] Says the One above all.

[So, what's going to happen now, is it heaven or is it hell, if they are even real.] Ren

[Oh, they are real my son, but no, you are not going to either heaven or hell, you are going to get reincarnated with 2 wishes and a request, because you have excatly 2.5 million positive karma in a numerical value.] Replies the OAA (One above all)

[Ok, i guess i will roll with it, could i ask a few questions before that?] Ren

[Yes, you can, and before you ask, yes, novel, and anime universes exist, its hard to explain but to put it simply, the more you believe that it exist, the more faster it comes to life. Until it actually is alive] OAA

[Next, will I keep my memories? And is there a limit to the wishes?] Ren

[No, unless you use one of your wishes or requests, you wont keep your memories, and yes, there is only a few things that you can not wish for, that is a system, my powers, and any more wishes.] OAA

[Ok, I think i have decided my wishes. Before my wishes, I would like to use my request to get Edetic memory, so that I can remember everything, including my past life.] Ren

[For my first wish, i would like to have Saiki K's powers, but I want full control of them, get rid of useless things and keep the good things. For example I don't want something like, turning people's personality to babies, but i would want something like, creating something from nothing. And for the full control, I would like to be able to turn them off or on, control their effect, and control how much power would be put in.] Ren

[Ok, you can have that. You have roughly 1.2 million positive karma points, so you can get a wish plus a little more.] OAA

[Ok, for my final wish, I would like to be able to transmigrated to any world I want, but with a twist. Every time I go to a world, I will get 3 powers of my choice. For example, if I go to the DB world, I would be able to get 3 things, be it bloodlines, items, powers, or more, so for DB world, I would be able to get a sandwich, all the way to Zeno's erasure power. And since I am going to have to start somewhere, I would like to start with an extra 2 powers of my choice.] Ren

[They should be, for me to have an inner world where I can modify the time however i like, and it should have all types of energy's from all types of worlds. For my second power, I would like a guide that has a few functions, that should also be sentient. They should be status, map, scan, and a tab to tell me what ranking i am in the world and who are at the top. Basically a leader board. Another tab should also be included when i travel to different worlds, the world travel function.

It will show me where I can travel to and what powers are available in that world.] Ren

[Ok my son, Is there anything you would like to add?] OAA

[Ok, easy. Now, which world would you like to go to first?] OAA

Then, Ren disappeared. While the OAA was thinking:

"I should turn off my omniscience and watch this child's progress." OAA

And so he did. That was the start of the adventure of the second, One above all.

Thank you all for reading this, (If there is anyone) and please do note that this is not going to have a secure upload, I might upload tomorrow, maybe Sunday, who knows?

Anyways, please leave me some suggestions on my story. Peace.✌️✌️