The World Beyond - Fantasy

/ Fantasy / The World Beyond 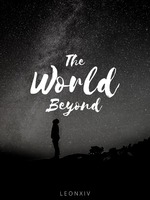 The World Beyond TWB

In the era of globalization, where everyone depends on technological progress. I was just an ordinary young man who had just graduated from high school and was unable to continue my education because I don't want to go to college. My parents sent me to live with my uncle and wanted me to learn the business from him, the current situation was so uncertain, many outbreaks of mysterious illnesses sprang up and sudden devastating natural disasters. In 2021 the end of summer when I was on my way to my uncle's place, suddenly the sky became dark, the sky that was once so bright turned dark clouds, covered with black clouds, rainstorms and lightning pounced as if it would pounce on the earth. Earthquakes occur and ground shakes cause the land to crack and separate, the ocean becomes fierce with a tsunami attack approaching the coast and nearby land. The volcano erupted as if issuing its anger, spewing hot phlegm of lava from its stomach, burning up the green forest on the mountainside, wiping out the entire green nature.
When the panic peaked, suddenly countless meteors fell from the sky like leaves that fell carried by the wind, hit the earth, and crushed the earth's surface. From the surface of the falling meteors came a dark, dark light that looked like it whirled slowly like a whirlpool but was very dark in color and gave off an aura like a cloud of thin black smoke.
The world immediately became quiet from the sounds of living creatures. There is no sound of life except the sound of natural disasters and inanimate objects, this is the end of the world that comes suddenly and unexpectedly.