The World We Do Not know - Fantasy

/ Fantasy / The World We Do Not know 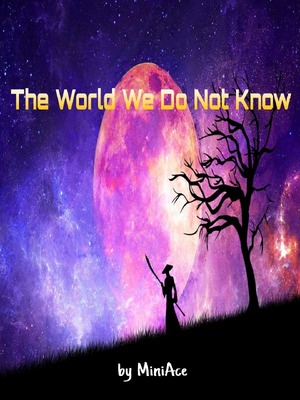 The World We Do Not know TDK

The aftermath of 'end of the world' and how the new beginning aroused with the discoveries of new magical realms. new sword arts and ancient martial arts. But what is beyond that? beyond our Third Dimension and beyond the earth and beyond human? how did humans come to existence? how do humans possess knowledge and is different from any other being?

And a kid who doesn't realize the powers he is blessed with, as pain is the only thing that helped him grow faster and learn about the bitter truth about humans.

Fear, curiosity, anxiety, helplessness, powerless, worthless, selfish, being used, being ignored, isn't cared, isn't loved and more and more and all these feelings are killing him from inside while his life is hitting him harder and harder and breaking his will, his wish to live and keeps knocking him down.

So one day he started liking all these feelings and decided that he had enough and says "I WANT TO FUCK THIS WORLD AND BE ON TOP AND RULE IT, I will pay everyone back with double the price. Even god, he needs to pay for his creation." while laughing like a maniac.

Do you believe in gods? They reside in higher dimensions. And until now we have only discovered 11 dimensions, we cannot go further than that. This is about the world in 5062, land on earth has been reduced to one third. Only one continent exists, all of humanity from all regions and ethnicities had to live together on one land. During this chaos, the best group of scientists found gateways on earth to travel to different dimensions. Each dimension is a new world with its own laws of physics and principles, and new elements of nature.

Follow me on IG to interact with me, give me suggestions and see the pics of the world and its characters.