This is gone - Historical Romance

/ Historical Romance / This is gone 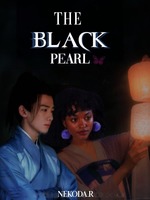 Born in a faceless nation, somewhere far in China, on a small farm, a girl is born. Half Black and Half Chinese. And the girl's name is Peizhi Jiang. Because of her mother's unusual breed, Peizhi is to live a silent life within the lands of her family's farm with her two brothers, her little sister, her sister inlaw, and her parents.

A childhood friend of Peizhi's mother, Lady Xiaomeng, comes to visit in hope to give one of her daughters a noble life by marrying her mysterious son, Zian Xiaomeng, to pay back a debt to Peizhi's mother. To her discretion, she is unaware her precious son would be marrying Peizhi. And when she disproves, she has no choice but to accept once Lady Xiaomeng's mother gives her the command to proceed the marriage

Peizhi soon moves with her husband's family, facing many struggles and successes between her marriage and her new family. And all seems well, until she begins running into people wanting her husband dead, her husband coming home with bloodstains, meeting new people who claims to be friends of her husband, and slowly begins to figure out the secret her husband, Zian Xiaomeng has been hiding. Starting with the unique tassel with unusual characters and symbols that matches the same symbol of the Emperor of China.

Disclaimer: The cover is made by me, but all credit belongs to both separate models