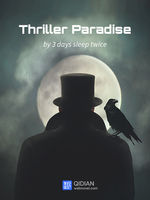 Chapter 1: Don't Pretend to Be Friends

"Welcome. Thank you for purchasing our product. The scanning is beginning. Please wait a moment.

"Connection type selected as non-sleep mode, adjusting… Adjustment completed. Please confirm to log into the game or return to the main menu.

After the countdown completed, Feng Bujue entered the game world. He was deposited in an environment that was a simulacrum of an elevator, but there was no level panel next to the door. Instead, on the wall to his side, there was a thirty-two-inch touchscreen. On the wall that was opposite the display was a large mirror, reflecting the player's image from head to toe.

Feng Bujue look at his reflection in the mirror. He had morphed into a 3D CG character with a high resolution. He was wearing a black, long-sleeve T-shirt and long jeans; there was nothing eye-catching about him. His gaming avatar looked similar to how he looked in real life. He was just shy of 1.8 meters tall with ruffled, unkempt hair. His facial features were soft, and some might even call them feminine.

With the support of the fourth-generation photon computer, players who were connected to the game could enjoy a five-sense experience that was close to reality, but ultimately, the game relied on CG technology. Thus, it was unable to really plant the players into actual virtual reality.

"Welcome to the game's log-in lobby. These are all the gaming options provided by Dream Inc. Please select to log in to the one that you prefer." The system audio began again, and selectable icons appeared on the touch screen next to him.

There is only one option available. Why do they waste time to introduce this extra step? Is this a sign that the company will introduce more games in the future? Feng Bujue thought to himself. He used his finger to click on the only option—Thriller Paradise.

"The age of players who log into this game has to be more than sixteen years old. Dream Inc advises against those with heart disease, mental illness, or similar serious illnesses interacting with this program."

This sentence appeared on screen, and the system audio repeated it one more time. After that, three icons appeared on screen—one was 'Log-in Confirm', the other was 'Cancel', and there was a conspicuous link next to these two that said 'General Disclaimers'.

"Mental illness, it says," Feng Bujue said to himself. "Perhaps I should look at this."

He clicked on the third option, and a wordy legal document immediately jumped up on-screen. Just looking at the scroll bar on the right-hand side, he knew that this was going to be a lengthy read. Normally, when people came into such disclaimers or explanations while playing games, eighty percent of them would close it directly or drag the cursor right down to the bottom and then click on 'agree'.

But Feng Bujue was not a normal person.

He was 24, a novelist specializing in detective fiction. His hobby was to proclaim himself shamelessly as an 'artist' or a 'Great Scribe' when people asked him about his career. However, these were not the main points. Instead, one should focus on why he was unique from others.

First, the reason he played this game was to cure his 'illness'. Of course, his illness was not the typical internet addiction but a real, recorded disease. Starting from about two months ago, Feng Bujue had suddenly noticed a weird change to his body. He had used three days to confirm that he had lost the emotion known as 'fear'.

The scariest image and audio he could find was unable to stimulate him. He had skimmed through a parade of horror films and books and coupled them with his imagination to scare himself, but it was to no avail. It was as if a door in his mind had been closed. He clearly knew why certain things were scary and understood why other people would be scared by then, but the sensation of fear would not come.

Therefore, he had gone to the nearest hospital for a check-up, and that was when this whole journey began. The MRI had shown that there was a shadowy spot in his brain, just adjacent to his amygdala. The doctors had then brought up the possibility of a brain tumor.

After that, Feng Bujue had gone to about four of the largest hospitals within the nation to get multiple opinions. None of them could provide him with a clear diagnosis, but they did give him many choices of treatment.

After many exams and many diagnoses from many famed doctors, Feng Bujue had a general understanding of it. This illness of his was meant for the medical history records. As the patient, he had two things to consider. Number one, which doctor should he give the naming right of his illness to, and number two, should he contribute his body to the advancement of science after he passed away?

Two months passed by, and the shadow in Feng Bujue's brain did not change; it did not worsen, nor did it shrink or disappear. His other bodily function was fine. In fact, he could be considered perfectly healthy. After giving it some consideration, he had decided to opt out of the treatment and left the hospital. Since losing the sense of fear was the only symptom, and no one could confirm whether this was fatal or not, he decided to surrender his fate to God.

One day, Feng Bujue stumbled across a closed beta advertisement for Thriller Paradise. The slogan at the time was 'A gaming mode that goes beyond the traditions by placing you right in the middle of fear and despair, which stick to you like shadow, to let you experience fear like you have never experienced it before.'

Following that, he went online to investigate the game further. He watched a professionally-produced promotional video that claimed that it had made many children pee their pants before. It was then that he noticed the link that read 'Purchasing the latest gaming hub will entitle you to a closed beta account.'

Even though it sounded superfluous, the main reason Feng Bujue entered this game was not to 'play-test'. Mainly, he was there to be 'scared'. He did not have high hope for this—he just had this thought that perhaps in this supposedly scary environment, he could regain his sense of fear.

Of course, if that was everything that was wrong with Feng Bujue, he would only be called a patient, but the reason he was 'unique' from others was more than his brain tumor. This was because before he fell ill, he was already different from others. To put it frankly, he was undeniably… a weirdo.

There were many irregular things about Feng Bujue. They were not intense enough to be categorized as a sickness, but they were definitely unfathomable by normal standards. For example, his reading addiction…

His desire for reading was something hard to be understood by normal minds. For example, he could not stop himself from reading the words on the packaging of his shampoo; with the manuals for electronic devices, he would read them from beginning to end, without missing a word; the worst was… he would not even give up reading the labels on new clothes.

As long as something or someone had a relationship with him, Feng Bujue would instinctively gather all the information on it. Furthermore, he was not just reading for fun—he had a surprisingly good reading ability and memory. Even though his memory could not be called photographic, where he could recite everything he read without error, as long as it was something that he had read, years might have passed since then, and he would be able to remember at least sixty percent of it.

"Hmm… This is not so much different from other gaming disclaimers." Feng Bujue took two minutes to finish the disclaimer that was several thousand words long. "The only thing different about it is the few clauses on the sixth paragraph…"

He titled his head slightly downward and used his left hand to clutch the elbow of his right hand, and the pointing and middle finger of his right hand tapped his face as they slid from his forehead down the bridge of his nose before ending on the tip. This was a habit of his when he was thinking. "In others… if the damage or injury is caused by the player's illness, their company will not bear the responsibility for it."

Feng Bujue felt he could not overrule this clause as a gimmick created by Dream Inc. He had gone through the game design on the official website before. The biggest selling point of the game was a concept called 'Terror Points'.

Based on functions in the photon computer and gaming hub, the player's heart rate, blood pressure, and pulse would be monitored in real time in real life to extrapolate the standard of fear. If the Terror Points experienced by the player in game went over the threshold, the connection would be forcibly cut, and the player would be kicked out of the system. If the player suffered a great anomaly like the ceasing of their heart beat or difficulty breathing, the gaming hub would contact medical help immediately. In other words, the gaming server was connected to the hospital and police servers to minimize the chance of death from gaming.

Feng Bujue clicked agree, and the system audio began. "This is your first time logging into the game. Please select your in-game name."

A textbox appeared on screen, and next to it were the many limiting clauses—the name had to have more than four characters, and sensitive or curse words were not allowed. In the age of photon computers, the power of AIs and computers had reached an incomprehensible level. The system only needed a database of words or even general guidelines, and it would be able to operate on its own to limit all sorts of prohibited behavior. Tricks like FUC*K or A55I-I0LE would not be able to bypass the fourth-generation photon computer. Around a decade ago, there had been people who feared that this kind of intelligent AI would develop sentience and turn against humanity, but so far, there had been no cases to support this worry.

In conclusion, the photon computer was very powerful, but exactly how powerful would only be seen later.

Feng Bujue's real name was rather uncommon, so it likely would have been useable, but he used 'Feng' to replace 'Feng' (The original Feng is 'seal', and the IGN Feng is 'crazy'; they're homophones in Chinese.). He did not want to use his real name; plus, he was fond of self-deprecating humor.

After clicking confirm, the system audio said, "Next, the beginner's tutorial will initiate. The tutorial can only be completed once, and the scenario is confirmed. You will gain the base reward after completing the tutorial.

"Please take note. The result of the tutorial will not affect your character's beginning ability, but the reward will be different. If you are forced to log off from the system due to high Terror Points or you leave the gaming hub due to personal reasons, you will not be able to continue the tutorial from where you left off, and the system will design a new tutorial for you."

Feng Bujue listened to the hint and reached out to confirm his choice again. Just as his finger touched the icon on the screen, the lights in the elevator suddenly went out.

The next second, a different sound began—it was completely different from the mechanized system audio from before. This time, it sounded like an old witch. "Welcome to Thriller Paradise…"

The words had just finished when the elevator suddenly shook. Then, the black box where he could not even see his own fingers started to slowly sink downward.