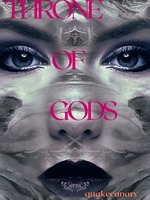 Even being the late King's son can't guarantee you the throne of Serenacia, as the system is different from any other kingdom you've heard.

A kingdoms filled with power, control, freedom and most importantly, Gods.


Gods who can strike you down just with the mere snap of their fingers and also God's who would strike you down and leave you speechless, based on their physique and attractiveness.

But it isn't all about that, as the throne of Serenacia is open for a new king of Gods to rule them, yet it isn't so simple as in Serenacia, if a king dies before passing the throne to his heir, then all the generations of the bloodline of God's would have to compete for the throne once again, and that hasn't been done since the last thousand years.

Competitions would take place, as each of the young God's and goddesses would display their strength, character, intelligence and most importantly feelings, while trouble and tribulations would set in, even tough it as unplanned.

Nevertheless, it's isn't just about the throne as love interest and triangles are formed, after all its no fun if no one catches feelings.