Time Beyond A Dream by C.ELLICA full book limited free

/ Fantasy / Time Beyond A Dream 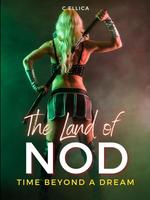 Time Beyond A Dream

Catherine wishes all her dreams were just like those that everybody has. Yet, her dream was different. Her dreams weren't rainbows and sunshine, however, her dreams became her reality. After all, she was a descendant of the Mark. The bridge of the Land of Nod.

But everyone she loves could be gone in a minute, that's why she'd concealed it. Nobody knew that she was the daughter of fire. Yet, Catherine was beyond miserable, how they played her, how she was a puppet. Her furious eyes were her pain untold, and she wished she could show it, she does. But she has to let them in so she can trust them, but fear was her enemy, she doesn't know whom to trust. And they shattered her hope, lies were told.