To Have and To Hold - Magical Realism

/ Magical Realism / To Have and To Hold 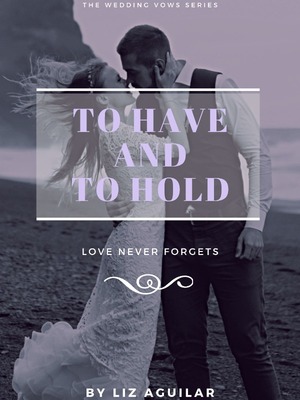 To Have and To Hold THaTH

Gabriel Montoya, the heir to the most powerful business dynasty in the land, believed marriage was a sacred thing, something that should not be forced or rushed. Unfortunately, his father had already betrothed Gabriel to Louisa Almendrez, the daughter of his long-time friend and business partner. Gabriel, from that day on, swore an oath - he will never marry her! He didn't like people telling him what to do with his life. But more importantly, he didn't like his betrothed. And no one, not even the scion of the Montoya clan, could make him marry the hoydenish nuisance. No matter what!
.
Louisa Almendrez had a childhood crush on Gabriel Montoya. The first time she laid eyes on him, her seven-year-old self thought he was an angel visiting earth, what with his perfect face and hypnotic eyes. However, after accidentally learning about what Gabriel really thought of her, all tender feelings for him were crushed - together with her heart. She swore from that day on to never have anything to do with the arrogant and selfish, spoiled brat. No matter what!
.
Angelo Montoya, the youngest of the Montoya siblings, had always had a soft spot for Louisa. When they first met, the eight-year-old boy thought she, with her sparkling eyes and impish smile, was a fairie. Although he became close friends with her, they lost contact when he left to study abroad. But when he came back and was assigned to work closely with her, all those years of separation melted away, rekindling their friendship. As he found himself slowly falling for his friend, Angelo was reminded of an old promise he had made to himself a long time ago - he would woo Louisa and make her his wife. No matter what!