To Your Hundredth Lifetime With Me - Fantasy Romance

/ Fantasy Romance / To Your Hundredth Lifetime With Me 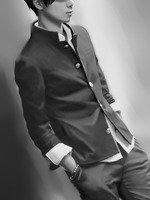 To Your Hundredth Lifetime With Me TYHLWM

Yet, when someone changes it others who doesn't.

After her 99th lifetime, the Villainess has lived and died over and over again in the same setting. She tried to change, she tried to make a better ending. But all of these efforts were all in vain, she dies in the end. She still is dubbed to be the 'Villainess' and will only remain as such because it is her fate to be so.

So tired of changing. So tired of pleasing others. She is just so tired of proving herself when no one would listen to her. And if someone even does, they end up betrayed by their own expectations with a cruel twist of events.

She could only ever be evil, as what it is written to be.

But here she was, in her 100th lifetime, in front of a small boy who remained nameless all throughout her 99 lifetimes, kneeling and begging to him for his love.

But the Villainess knew, those blunt words, were the purest and most relieving to here.

(A/N: This story contains some violence, vulgar language, and mediocre writing skills from a lazy author. Please continue on with this in mind!)