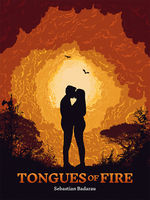 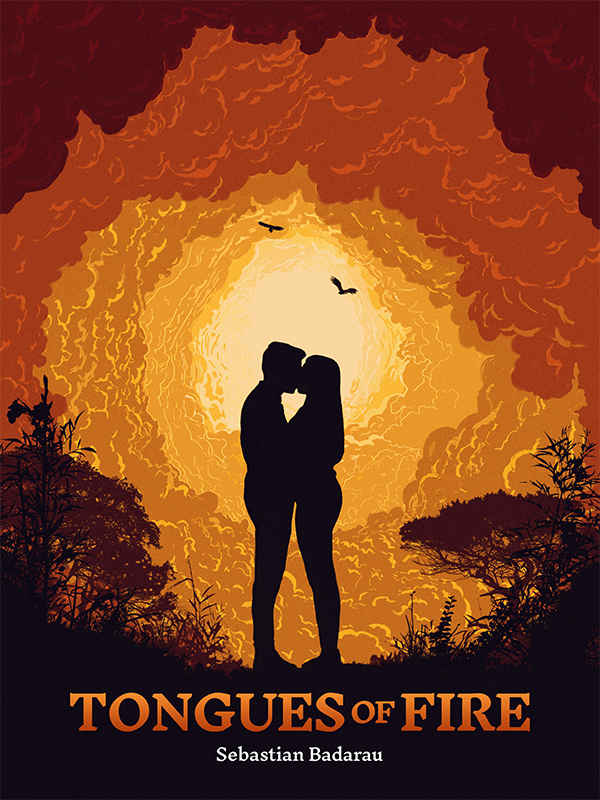 In addition to writing books, Sebastian Badarau also acts and directs for stage and film. Most recently he has worked with film director Graham Baker (Alien Nation) adapting the novel A State of Denmark for a 2021 release.
His latest project is radio-drama ¨The Uncertainty Principle¨ which he wrote and directed himself and was broadcast by Radio Iasi, last year. It tells the story of three scientists who are on the verge of a major breakthrough in quantum mechanics but find themselves in conflict over what the discovery actually is.

¨TONGUES OF FIRE¨ is about this extraordinary take on the theme of alien body invasion that I hadn't seen before in books nor movies. It is also the one that resonates with me the most, on a more personal level. Not that I, personally, have been invaded by aliens but I find it empowering and also deeply humane. It is also quite simple and logical if you spend a bit of time meditating on the world, Space and our role in the Universe.

I think there is good literature out there, but you got to know where to find it. We may also have very different definitions of what a good book really is. My definition is somewhere in the essence of writing, which is tone and style, and not necessarily story. It is the art of story-telling more than the art of owning a good narrative. 'Brothers Karamazov' by Dostoyevski is a pretty mundane book, in terms of narrative, but the style is spectacular. Same for Hemingway, Dickens, Camus or Boris Vian. If it were simply for the story, Boris Vian would not pass the test.

I also love science, particularly physics and mathematics. And also love art about science. You may wonder what theatre or performance has in common with science. But I think the answer is quite obvious. Both physics and art are direct pathways to investigating phenomena, whether it's the natural world or human behavior. Science asks the biggest questions: ¨who are we?¨, ¨where do we come from?¨ ¨what's the final goal?¨ Anyone who has worked in arts, know that artists are preoccupied by the exact same questions. I believe anyone who will delve a little bit deeper into both worlds may come to a comforting answer sooner than those who like to keep the two separated at arm's length.¨

Rick Sarpaulis is a young mathematician who returns to the fictional town of Fayhill, after a very long absence, and takes up a job as a substitute teacher at the local school. Both his previous relationship and his job as an assistant researcher at the Department of Non-Euclidean Geometry at Courant have ended in failure. He's dreading the prospect of facing the locals, who've known him since he was a kid and whom he views as racists, non-inclusive and ready only to spread gossip about the return of the prodigal son. He attributes the failure to sustain any relationship and build a career on his chronic depression and inability to function properly in society. In Fayhill, he falls in love with Audrey, a young woman he describes as having a ¨downcast glow to her face, immobile; like that of a wild child being raised by wolves, while her eyes perpetually strip any potential partner for signs of passion and vulnerability.