Transmigrated into a School Idol and Forced to Do Business - LGBT+

/ LGBT+ / Transmigrated into a School Idol and Forced to Do Business 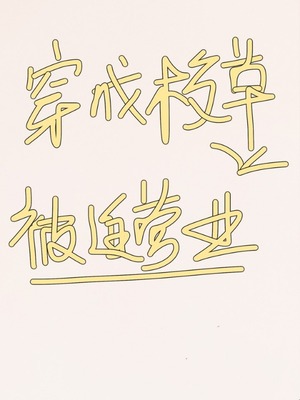 Transmigrated into a School Idol and Forced to Do Business TSIFB

The talented protagonist was the top student in school. Due to his excellence in every subject, many people were dissatisfied with him, so they devised various schemes to mess with him. To the extent that it left a dark shadow on his high school years.

However, the villains did not know that the seemingly poor protagonist was actually the youngest son of the richest man in City A.

… As bad luck would have it, Yu Bai Zhou transmigrated into the villain that bullied the protagonist the most.

In order to live for a few more years, Yu Bai Zhou, the villain, begins to formulate a character correction plan.

However, just as he is struggling to save his image in the eyes of the protagonist, out of the blue, the protagonist anxiously pushes him against the wall, and traps him within the circle of his arms. Those refined brown eyes watch him attentively. “Yu Bai Zhou, if you make trouble again, I will kiss you.”

Yu Bai Zhou, who was just kabedon’ed, panics. “Can someone tell me, exactly where did I go wrong?!”