Transmigrated With Boros' Powers In Another World - Anime & Comics

/ Anime & Comics / Transmigrated With Boros' Powers In Another World 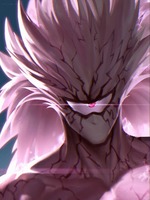 Transmigrated With Boros' Powers In Another World TBPAW

Jack, was an average boy and extremely bored with his life, till one day a magic circle appeared at the floor of his classroom.

After that, he was transmigrated to another world, one full of excitement and adventure. Follow Jack as he travels the vast Plane of Existence, living his life to the fullest.


Now I kinda ranted a bit, so feel free to ignore the text but I'd suggest reading it if you want to get an idea of what I will be giving you as an author.

First and foremost, I do not own the cover, or any powers/abilities/characters which may appear apart from the ones I make up or my OCs. All rights are reserved by their respective owners obviously.

Now, my Mc ain't gonna be a beta trash drooling over every girl he sees, and neither is he gonna explicitly hunt for a harem or girlfriend in general. I am inclined to do no harem, BUT I might do a harem of 2-3 girls if really needed, but I'd like not to have a really shitty harem full of 1000 girls.

Other things that should be noted, do not come into my novel expecting R-18 content either, I don't think that is really needed in a fan-fiction and if you really need some of that content you know where to find it.

Power Stones would be appreciated, and finally, I do this as a hobby so don't be expecting much.

Power Stones: I would appreciate them.

Grammar and Vocab: It is readable, and at a good quality I'd say.

Harem: Maybe, I mean I rather not but I am willing to maybe do it.

Plot: I mean I barely planned anything but there will be an over arching plot, not just an aimless story with no point and stuff just happens because why not.

Summary: I know its too big but I had a lot to say.