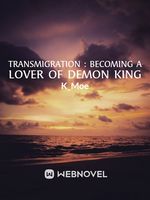 - Yun Ziyou was born into a wealthy family but what people call wealth is a cage that holds his life forever for him. Yun Ziyou thought that hope for him was something that could not be grasped like the wind. He gave up his life and planned to die without remorse. His life was neither happy nor satisfying, but he thought he would die without repentance. But just after his death, he was given an unexpected new life. Yun Ziyou transmigrated into the body of a boy named Qing ShanGuang from a cultivation world. That's when the adventure of a cultivator named Qing ShanGuang began.

Yun Ziyou : This time I will live my life happily and without regrets.

Yun Ziyou : Scram!!!
- This story is about a little cultivator and his lover Demon King.