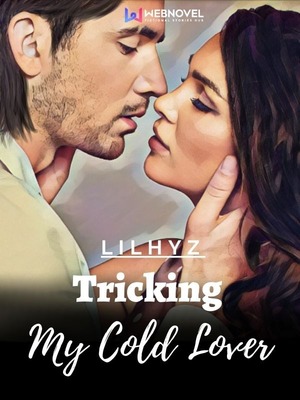 He hated working with women. She turned herself gay so she can keep her job. They wound up finding themselves in a hilarious misunderstanding, preventing them from telling their true heart’s yearning.

“I don’t like women directly reporting to me!” He yelled at her after learning he would be working with a mere woman.

Xia Yanmei replied, “I understand how you don’t like women and I support you wholeheartedly.”

“Are you a lunatic? I just said I detest women!” Anton Yeong repeated himself, already agitated. His brows were drawn together while his eyes were like a laser, ready to pierce a hole through her body.

“Oh, you were referring to me? I’m sorry. Sometimes, I forget. I am actually a woman… The truth is, I am a man trapped in a woman’s body!”

That was all she could think of to secure his trust. In order to keep her job and remain away from her father’s pestering, she tricked the cold and powerful Aton Yeong in more ways than one.

It was from that moment that he was willing to give her a chance, and it was because she turned herself into gay that she kept living a lie... only to regret it after falling for his unorthodox approach.

“Can you pretend to be my girlfriend?“ Said the icy man wearing her silk robe.

The man before her was none other than Anton Yeong, the CEO of JKW Investments and Yeong Guns and Ammos Corporation.

Belonging to one of the wealthiest families in Korea, many women wished to be wed to this indifferent man, but he chose to make her his fake lover.

Yanmei knew her lover was angry with her. She came out of the bathroom, revealing her sexiness.

She brushed her hair with her fingers before biting her lip and placing both her hands on her waist. "Are - you - still - angry with me?"

Like a lingerie model, Yanmei raised one of her legs while looking seductively at Anton. She bit her lip again and asked, "Are you still... angry with me?"

Yanmei traced her legs with both her hands, slowly gliding them from her thighs, up to her silky smooth behind. Her hands resumed to soar up her waist and then cupping her breasts from under the thin layer of a torn shirt.

Letting out a seductive sigh, she asked, "Could you really dare to be angry with me?"

Join me as I tell this romantic-comedy through this book and hope that you will love it the same way as my first novel.

WARNING: This novel contains content of a very adult nature. If you are easily offended or are under the age of 18, you may opt to skip this.


I have two covers, one is a bought licensed picture. The other is a photo by Sergio Souza of Unsplash.

If you prefer a novel that is naughty with both action and lots of love (smuts included), you may go for The President's Lover is a Fighter. The story has already ended so you won't end up in a cliffhanger.