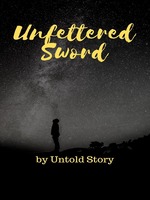 Labeled as a harbinger of death and born with a weak physique, Allen yearned to see the world yet was denied by his inborn blindness.

From one foster family to another, all the people that came close to his life all ended up with one fate—death!

He was later adopted by a childless husband and wife and lived a good life. For a short while, Allen felt warmth and happiness before death came knocking once more.

As if targeted by the trickster called "Fate", his already numbed heart was smashed on the ground and stomped on, again and again.

Finding solace in the VRMMORPG—Everlasting Continent, Allen wanted to live the remainder of his life within the game before his time was up.