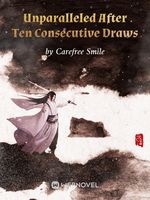 A handsome young man who appeared to be 15 or 16 years old was lying on a couch in a dusky room, illuminated by a single oil lamp.

The young man did not move an inch, but the faint heaving of his chest was proof that he was still alive.

"Where is this place?" The young man slowly opened his eyes with a perplexed expression on his face as he looked around him while his mind spun.

Suddenly, there was a pained look on his face. A large volume of memories surged upward in a frenzy and overwhelmed his mind.

After a brief moment, the young man lay on the bed gasping heavily for breath. His brow was beaded with sweat as the bewildered look in his eyes gradually cleared up.

"I never thought that something like this would happen to me."

He understood everything after he took in all of the memories in his head.

The young man was called Chu Kuangren, he was an outer sect disciple of Black Heaven Sect and was very popular there thanks to his handsome appearance.

His face, however, brought its fair share of problems as well. A True Elder Martial Sister fancied him because of this face of his and wanted to take him in as her personal male companion.

Yes, she wanted to keep him.

She even promised to promote him to the inner sect in three years.

Even though Chu Kuangren was an outer sect disciple, he was arrogant and repulsed at these underhanded methods to achieve meteoric success in his career. As such, he sternly rejected her on the basis of righteousness.

Who would have thought that the Elder Martial Sister would fly into a rage out of humiliation? She heavily injured him out of anger, rendering him bedridden for two days without signs of improvement.

"Not like I can change anything, might as well just accept it. I'll think of a way to survive now that I've transmigrated to this person's body," Chu Kuangren murmured.

"Your plug-in [Fantasy Roulette] has arrived."

"As a first-time user, you have one 10x lucky draw to use. Will you use it now?"

A robotic female voice rang out in his mind.

Chu Kuangren was baffled for a moment.

Isn't this the game plug-in I downloaded before I transmigrated?

Could this be my golden finger?!

Before transmigrating, he was playing an online Xianxia game and the Fantasy Roulette was a plug-in his roommate introduced to him.

"I'll use it now," Chu Kuangren silently said in his heart.

Soon, a bright, rainbow-colored roulette with many boxes on it appeared in front of Chu Kuangren.

On the other hand, the names of the rewards in the boxes sounded like they would scare people very much.

The pointer on the roulette spun rapidly.

"Congratulations, the host has pulled the Legendary Banished Immortal Aura."

"Congratulations, the host has pulled one Starlight Spirit Gathering Array."

"Congratulations, the host has pulled the God-tier constitution, Immortal Body."

"Congratulations, the host has pulled the God-tier Remarkable Eye of Revelation."

"Congratulations, the host has pulled one Starlight Human Mountain Stamp."

"Congratulations, the host has pulled one Starlight Life Extension Pill."

"Congratulations, the host has pulled one Starlight Treasure Map."

"Congratulations, the host has pulled one Legendary Winged Soldier."

"Congratulations, the host has pulled one Legendary Yin and Yang Ring."

He couldn't help but swallow his saliva.

Never did he expect that plug-in to actually be good.

"The above items above have already been placed into the roulette room, please make sure to check and accept them." The female robotic voice faded out once it finished speaking.

The roulette in front of Chu Kuangren disappeared as well.

The Fantasy Roulette was a plug-in Chu Kuangren downloaded before he transmigrated; it gave players the chance to draw prizes once a day.

The 10 consecutive lucky draws were a privilege for new players which guaranteed pulls of Starlight grade and even above that.

Chu Kuangren opened the roulette room which was an interface that resembled an item box in a game.

He inhaled deeply and barely managed to calm himself down as he looked at the dazzling lineup of prizes he had just pulled.

An extremely terrifying surge of power immediately erupted in his body all of a sudden. This surge of power engulfed his limbs and bones and washed over his skin, muscles, bones, flesh – every single cell in his body!

Chu Kuangren almost fainted on the spot due to the excruciating pain, but a magical kind of power in his brain kept him awake.

After one minute, Chu Kuangren lay on the ground drenched in sweat. "This kind of feeling… really is bloody exciting!"

He got up and sat on a chair as his mind received information regarding the Immortal Body. After that, he couldn't help but click his tongue in wonder.

Chu Kuangren activated the spirit energy on his right hand and condensed it to his fingertips. After which, he struck the palm of his left hand, immediately opening a bloody wound.

Immediately after that, however, the flesh on his palm started regrowing and recovered rapidly. It was reverted back to its regular form in the blink of an eye and not a single scar remained where his wound was.

"The Immortal Body has six states, I'm only at the first state and yet its effects are this potent? My body has already completely healed from the severe injuries Li Yao inflicted on me. How terrifying are the five other realms behind this?"

A smile appeared on Chu Kuangren's face as he looked at the roulette room.

What other wonderful uses did the rest of the prizes have?

A glimmer swirled around in Chu Kuangren's eyes. Upon closer inspection, there were countless large Daoist runes circulating around in his eyes; it was incomparably mysterious.

The glimmer dwindled and his eyes went back to normal.

He felt the effects of the glimmer rest within him.

The Eye of Revelation could reveal all fabrications in the world and even clearly extract information about one's race, cultivation, skill and so on.

This was a God-tier prize so it wasn't inferior to the Immortal Body in the slightest bit.

Chu Kuangren walked over to the copper mirror in the house and looked at himself. He felt that there was suddenly a refined and pure aura around him. In addition to his handsome face, it was just as though he embodied a deity that had been banished to the world of the living.

In one word, he was handsome.

In two words, he was bloody handsome.

Once he was finished admiring himself, Chu Kuangren looked at the few prizes left in the roulette room with a speculative expression on his face.

Other than the Immortal Body, the Eye of Revelation, and the Banished Immortal Aura, the original owner of the body more or less already embodied the remaining prizes' effects.

Especially in relation to that Exquisite Nine Orifices Sword Heart.

This was ranked in the top ten out of the 3,000 constitutions in Firmament Star.

It has been over ten thousand years since it appeared in the world.

Once people were privy to the appearance of a constitution like this, all kinds of strange occurrences would follow suit. When that moment arose, the entire Black Heaven Sect would be startled.

Chu Kuangren muttered irresolutely to himself for a moment before a firm expression flitted across his face. "What harm would they do, even if they were alerted?"

"The Exquisite Nine Orifices Sword Heart is a Supreme Daoist Physique. Those who possess this physique are supreme children of the heavens that every major force would want for themselves. It would be ideal if I could astound the higher-ups; the resources of Black Heaven Sect will definitely lean in my favor then."

"If I let every little thing stop me, how can I reach the peak of cultivation in the future? I would be better off looking for a place where I can cultivate in a practical manner."

"My name is Chu Kuangren! How could I not be insane or wild?"

His body was immediately enhanced with a surge of indescribable power.

The physical transformation was extremely painful this time too; it was as though countless tiny needles were shuttling through his veins and converging toward his heart.

However, it was much better than when he was merging with the Immortal Body before.

An anomaly arose in the external realm corresponding to the moment when Chu Kuangren retrieved the Exquisite Nine Orifices Sword Heart.

Regardless of the level of their cultivation, the long swords in the hands of countless cultivators in Black Heaven Sect started trembling inexplicably as they unleashed hums that charged into the sky.