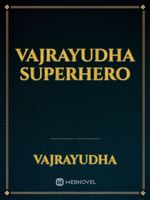 Vajrayudha© Indian Superhero Comic available directly from the author. As per the puranas our great Hindu God lord Indra receives the mighty weapon Vajrayudha from his loyal devotee sage Dadhichi. Such powerful weapon is a combination of 4 powerful weapons. The protagonist of the story receives the same powers like the weapon and hence called Vajrayudha. Instagram- @vajrayudha_