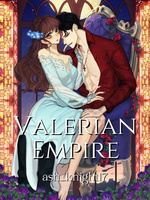 A dark time when the creatures of shadow descended unto the tranquil human lands, making their existence known. A time followed when empires were led by humanity's conspiracy and betrayal, a time filled with hatred, but unbeknownst to the humans, they were only mere puppets, pawns of greater beings of darkness, entities with the power to crush anything and everything in their way.

What happens when a small human girl catches the eye of one of these so-called greater beings, a pureblooded Lord? Can an ant such as her survive the political strifes and fearsome feuds between the lands and the monsters that control them.

For those who fear vampires, ghosts and the unknown, I offer two words of advice…

"Why should I avoid him? He was a perfect gentleman, a good man," Katherine Welcher argued in his defense.

"Good or not, neither matter," Alexander Delcrov warned her, "As long as you're under my wing, you shall behave and listen to my words. Do not let any man kiss you, Katherine. I don’t want others to call you improper."

"There was nothing improper about it! And I'm not yours to obey," she blurted out in annoyance, feeling her face flush with embarrassment for the second time this evening, "I mean, you can't order me aro—-"

"So disobedient," he stated with nonchalance before moving his hand from her waist to her back, pulling her closer to him as they danced.

His breath tickled her nape.

"So you’ll only listen if you are mine?"