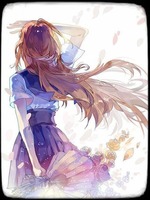 HORRIBLE GRAMMAR READ IT AT YOUR OWN RISK!

Everyone wants to know the story of the protagonist. But what about the antagonist?

Two girls, both became the antagonists of their own lives without knowing why. Destiny causes their paths to cross as they meet in club as strangers and leave it as potential friends for life.

Tulip Anderson, the daughter of a wealthy family. Yet, ironically, most don’t know about her existence, the limelight having been stolen away by her twin sister. All she wanted was her parents’ love but they were too occupied with her twin to care about her. All her life, the story was about her sister and Tulip’s role was the villainous twin.

Lily Lawrence, wife of Zachary Lawrence, CEO of Lawrence Enterprises. Entangled in a loveless marriage, her husband hates her and the reason? He wasn't ready for marriage. She was forced upon him by his grandfather. Everyday Lily saw a different girl leaving his room and slowly became a shallow, scheming woman. Just to get back at those adulterers. She only wanted her husband to respect her, since he couldn’t love her. But in the end, he only saw her as the woman who forced him into a commitment he didn’t want.

Two girls with two different stories, this is about how they become the greatest of friends and journey to change their destinies.