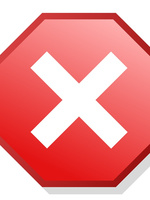 “Better think twice before you spout nonsense because this might be the last time you can ever speak!”

******
Dark Phoenix, the famous Legendary Golden Assassin from the 21st century modern era, feared by many people within the Underworld Realm whenever his name being mentioned. Known for being a cold heartless monster and a killing machine who’s hands had been bathe with bloodlust as long as he could remember. No one had ever knew his true identity because it always concealed with a mask that only his eyes can be seen.

Betrayed and killed, he knows that his own life would come to an end, he thought that he’s been fried from the darkness that swallowed his entire humanity and existence. However, he didn’t expected that he would be given a second chance to live as he was forced to transmigrate to an alternate universe, in Medieval Era where magic exist.

Now, he occupies the body of a 10 year old wastrel abandoned Prince of Truman Empire. Since he had his previous life’s memories intact, as well as the original owner’s past and future memories, he would used this at his advantage and he will fulfill the original owner’s last wish.