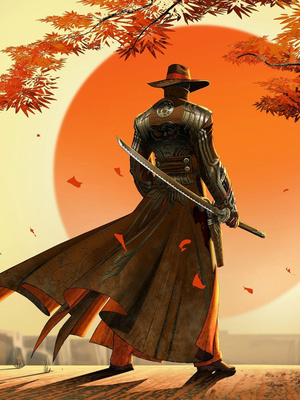 
Have you read One-Punch Man? Did you enjoy it? Then this novel is surely for you!

It strives to be a novel that can be enjoyed by anyone. Our main character is a loveable fool with a godly strength to his sword.

Several years before the beginning of the story, Ermos Windbreaker finds himself to have a talent with the sword. With the arrival of a wandering warrior in his village, he decides that he will challenge him, though he had yet to own a sword of his own. There he racks up his first victory, wood against steel. Though, as it happens, no one saw that duel of his and they dismissed his claims as the rantings of a mad fool.

A peculiar case of bad luck followed him around for a while. He would demonstrate his strength whenever he got the chance, but there was never anyone around to witness it.
That was, until he met Pash. In a village southeast of the Untamed Forest, a grimy boy was wandering through houses abandoned by war, searching for food to fill his belly. It happens that was very same village the infamous Bored Bandits had set up camp in. They seize the boy with the intent of selling him as a slave.

Ermos wanders by with much the same intent as Pash – that of searching the abandoned houses for food and wealth – and he too attracts the attention of the bandit crew. He manages to defeat them with the same accidental ease that he had won all his duels in. Seeing such strength, Pash begs that he take him on as his apprentice.

Not entirely understanding the responsibility of a master’s position, Ermos agrees. The two of them spend three years questing for their fortunes, but cursed with Ermos’ notoriously bad luck, nothing ever comes of it. Ermos turns to gambling – being the fool that he is – to try and reverse his fortunes, only to land himself in a terrible amount of debt.

The weight of that debt finally gets to him, and he loses the enthusiasm he once had, working himself into a rut. That is, until, he meets a drunk trader on the road who offers him ‘magic stones’ in return for his horse. Of course, Ermos accepts, not realizing that he is being fooled. But as fortune would have it, a scam points him in the right direction and he explores the ancient ruins of the Stone Tree.