Waking Up With Five-Tails - Anime & Comics

/ Anime & Comics / Waking Up With Five-Tails 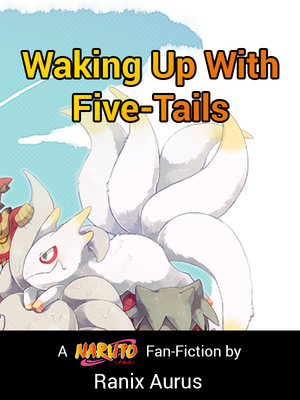 Deity-level cultivator Yao Huang had finally decided to re-enter the circle of reincarnation. When he was enjoying the taste of Five-Fragrance Tea, another cultivator wreaked havoc in the underworld, destroying the wheel of karma and mixing up the pool of reincarnation. Yao Huang was accidentally knocked down into the now-chaotic pool, where his soul was threatened with disintegration lest he managed to escape. Without seeing his destination, he jumped into the first path that he could find.

When he opened his eyes once again, his soul had reincarnated into the body of a little girl. At that moment, a mysterious voice echoed in her head.

"This One's name is Kokuo. This weak and small vessel... This One shall devour you whole!"

Oh, also, it seemed that she had grown five tails out of nowhere...

Forced to live in a world reigned by warriors called Ninjas, the former cultivator was joined by her reincarnated allies to find a way to return to their original world.

Meanwhile, the karma of the past slowly caught up to them, bringing up tragedies desired to be forgotten...

Is a Naruto Fanfic. Written just for fun. Update schedule is whenever I'm free. My lore isn't the best so don't think too much and just have fun~

-Gender Bender: For MC and some other characters
-Species Bender: For 1 character (and technically another one actually)
-Confused MC: Think of it as characters from cultivation novel transferring to Naruto world. They had no prior info beforehand so expect a lot of blind grasping over the world concept. No system or anything else to help.