When the Sky Falls too Deep - Teen

/ Teen / When the Sky Falls too Deep 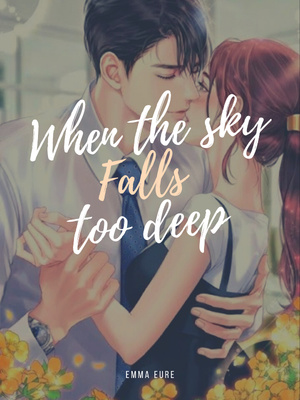 When the Sky Falls too Deep Updates weekly

She was on her way to the cafe when she heard voices coming from the alley. She quietly walked through it. She couldn’t fathom her anger as she heard a woman pleading in front of the man she knew. Alexander McCartney Chua… The most ever popular playboy of King-QueenSley School.


“Alexander I’m pregnant,” she heard the woman cry. “How could I raise my child if you won’t recognize and support us?” she questioned. “I can’t raise this on my own. Without you,” she added.


It infuriated her, irritation and frustrations, she walked swiftly towards them. She stood beside her, Charlotte Gaile McKinley, a longed-golden hair, wearing fitted nude long sleeves and black jeans on her bottom, and combat shoes. He was awed.


Charlotte tapped her shoulder and helped her to stand. Charlotte gracefully helped her, he smirked at him and without a minute she grabbed his arms and tightly twisted to his back.


“What the heck are you doing?” he snarled. “I hadn’t heard you’re coming home, black sheep” he smirked. The woman only looked at them, perplexed.


“Well, you hadn’t changed… the ever heartthrob of King-QueenSley School,” she said sarcastically.


“If he does not want to recognize the child you're carrying, then leave this to me,” she solemnly said. Charlotte held him tightly gripping his arms on the back and pulled him. He did not expect Charlotte could bring him to the Yanxi Monarchy.