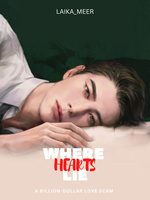 "From now on, don't ever show up in front of me!"
"I never wanna see your face again,never wanna hear that voice of yours..."
"...In fact even breathing the same air as YOU, it suffocates me to death ! ! ! "

ERIC JISEOK
*2nd son of Han Jiseok
*CEO of Jiseok Company
*A billionaire
*Arrogant and cold hearted.
*Never been in Love. His only love? Money!

But his life turns upside down when...
SHE appears.

BREAKING NEWS
THE END OF A BILLION-DOLLAR COMPANY
After a huge scandal involving the share of the property of the HYUNHAN ISLAND Jiseok Company Ltd. labelled charges for fraud.

In one night a billionaire company goes bankrupt.

'But it all didn't just happen in one night!'

"Ahh!! Just how stupid can you be? Don't you get it now,Eric Jiseok?" "It was all...all just a lie...TO DESTROY JISEOK COMPANY."
"Your dear Kim Lia has betrayed you..."
"Not only you but the entire JISEOK FAMILY!" Park Yuna, his elder brothers fiancee? and Eric's sister-in law? declared, while he stood shook to his cores,heartbroken and devastated at the mere sight of the truth standing in front of him. As if he had been stabbed by a knife.

"Tell me something now Lia! Why would you do this to me? To US?"

DENIED.BETRAYED. When truths reveal themselves and the mysteries of Kim Lia are revealed Eric's life has tumbled and crashed down forever.

A BILLION-DOLLAR LOVE STORY?
OR JUST A SCAM?

~Your eyes that have turned cold,freezes my heart to stone.~

Read Where Hearts Lie
Alternative Title:- My Heart Lies in You