Why am I holding on you - Contemporary Romance

/ Contemporary Romance / Why am I holding on you 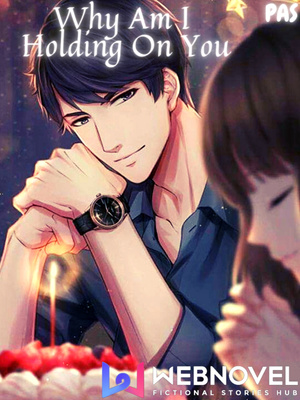 Why am I holding on you

Him - "You took away my first kiss, you have to be responsible for it"
Her - "That was my first kiss too Senior. Am I asking you to be responsible?"
Him - "Ask me... I am waiting"
Her - "Shut up, get away otherwise I will call my brother"
Him - "I am sure he will support his friend, atleast for this"
Her - "You- BROTHER"
Bro - "Yes my lovely sister"
Her - "Brother this friend of yours is asking me to be responsible for his first kiss"
Bro - "Serene I taught you since we were young that we should be responsible for our deeds"
Her - "But that was just an accident, you told me too, that I shouldn't be bother with it!"
Bro - "Well I didn't knew it was him"
Him - "Love can you stop getting angry"
Her - "Who is your love!!"
Him - "Except you, no one was, no one is, no one will and no one is allowed to be."
Her - "Ahhh... Don't talk to me."
A love story between two college students Serene and Soham. Serene's childhood was messed up because of her struggled childhood with her brothers in orphanage. And Soham's life was too peaceful that it irritates him.
There first encounter was not good but the last will be sweetest.
There story doesn't have those lots of up and down in relation or life but it do have some spice.
This story isn't like FL settings up an empire from scratch or anything related to business or revenge or creating her identity to show to the world (because she already have everything) but a cute love story with some love hate relation initially and then about persuading someone to accept him.

This is more or less all about love. How a egoistic man fell in love with her who don't even give a damn about his presence even though they both are each others first kiss.
ML hated her for snatching away his first kiss but in span of time, he was the most grateful person in the world for having that moment with her.
But he want to kiss her again... But she didn't even recognized him as a acquaintance in her life, leave, not even a human being relate to her in her life.... poor him...
Initially it was love hate and later it was love in the air. Initial chapters will be little fast to show her and her siblings love for each other. Later it will be cute little love story.
Hope you will like it. If you can than just try 10 to 15 chapters. Might you like it

#I am writing another book too... please check out... OPPOSITES ATTRACT MY LOVE...
#English is not my first language. And I can't afford to say it as my second one either, so don't be pissed by it. It is at least bearable.
#Cover photo is not mine.