Witch Are You? - Fantasy Romance

/ Fantasy Romance / Witch Are You? 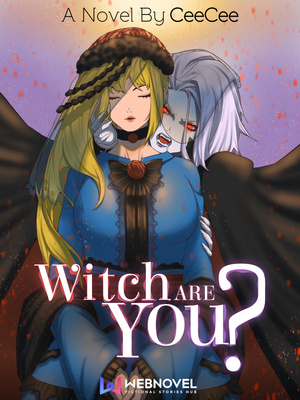 Caroline is a smart young woman thrust into a dangerous new world when she falls from an apple tree one day under suspicious circumstances. While navigating a dangerous foreign land Caroline must learn to let go of her simple life and embrace new aspects of her identity she never thought possible. In the midst of chaos, she learns to rely on her strength and determination to master her abilities and cooperate with Ender, a 200-year-old vampire, who crosses her path. After striking an agreement the two journey together, their fates now entwined by deep magic, on a mission to evade pursuit and stop an invading army from enslaving Caroline’s people and destroying the nation she calls home.

[ "I knew you would come for me," the witch said without turning around.

"I'll always come for you," he told her, approaching Caroline from behind and taking her small hand in his gently. He thought of how fragile she was and how mindful he must be of his strength, worried that one ill-timed movement could cause her serious injury.

"You won't hurt me, Ender," she said quietly, still staring at the sea. Pale moonlight reflected off the water, highlighting her soft cheeks and round eyes. She looked like an otherworldly creature, delicate and beautiful, but also powerful and terrifying. Not for the first time did he marvel at the paradox that stood before him.

He briefly wondered if Caroline could hear his thoughts but was coming to understand that she was simply beginning to know him. She knew what could not be summed up in mere words. Caroline saw his actions and knew them to be his way of speaking to her.]