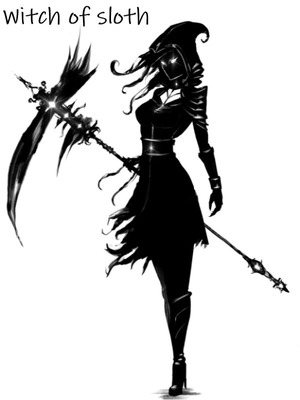 The demon kings of hell ; 9 total of which 7 consist of the 7 deadly sins; Pride, Greed, Lust, Envy, Gluttony, Wrath and last; Sloth mentioned from strongest to weakest their powers based off of the origin of their respective powers, gaining more power by motivating others and themselves to follow the teachings of their cultivated sin, the remaining demon kings were Mephistopheles and Faust, usually in an alliance with 3 deadly sins each while scheming against the other.

The demon king of sloth was too lazy to bother with their politics, being the ruler of the 6th layer of the vampire realm, many demon kings coveted his land and power, but out of fear for the unknown they hesitated, the demon-king of sloth, Belphegor, wasn't known to flaunt his power, but he did rule the 6th layer of hell, his powers an ever-growing mystery, and as a demon king if he decided to; he could self-destruct and if any other demon-kings or beings equal were closer than 400 meters they would die with him. That was one of the main reasons the other demon-kings didn't fight all out with each other, rather waging a proxy war between their closest enemies and furthest allies.

But that all changed when a mystical meteor landed in the vampire realm, more specifically; within the territory of sloth, but the demon-king of greed, Mammon, and the demon-king of envy, Leviathan, were quick on the uptake and had it investigated as well.
What had come?

The demon king of sloth, ever lazy, found out at the same time as Mammon and Leviathan got news of it; a being, more specifically a heavily injured woman, on the cusp of godhood had been smited to death by the tribulation lightning used to create a god-body and a god-soul.
All three were shocked; demon kings were originally not powerful enough to be gods, the closest to reach godhood was Lucifer, already having failed his ascendancy once without dying, the demon kings had speculated that one would need to be powerful enough to control all of hell to succeed the ascension, Lucifer had been powerful enough at the time of his attempt, but was attacked and distracted during it; making him fail.

The wealth of this mysterious woman attracting all three demon-kings; they met, and because of the self-destruct function of their origin of power, began negotiating who would get what of the resources, techniques, and relics, after a short while they decided to split the resources between king Mammon and Leviathan while Belphegor would get the techniques and the first pick among the relics.
He picked a pendant holding some foreign black and white stone, and he received an unusual technique.
A divine technique, something unheard of, the greatest techniques being sacred techniques like the origin of sloth and other origins.
But the requirements of the technique were too stringent; One needed to be female to even start cultivating it, and being a body cultivation technique it required massive amounts of resources, more than the king of sloth ever managed to accumulate, maybe the demon king of greed would have enough, but even he couldn't become a female on a whim.
Belphegor spent years trying to make the technique viable for men and trying to lower the costs of cultivation, but the lower the costs he managed to reduce the more apparent a female body was the core of the technique.
Having a divine technique obviously attracted attention, Mammon and Leviathan, knowing they had lost out, came knocking on Belphegor's door. A fight broke out and sloth self-destructed his origin of sloth, killing both Leviathan and Mammon in the blast.
Somewhere else, in the mortal world, a girl lazily opened her eyes, looked down and saw a broken pendant with a crack and a female body.
" hu.. hu.. huhaha.. HaAhaHaHaahhHaAHAHHAAHAHHAHHA!" Bone-Chilling laughter of maniacy sounded from her room, reminiscent of a witch's laugh of obsession.
***
I do not own the art in the cover, contact me if you want it removed.