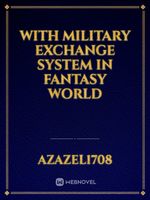 Marseille- France one of the territory for French mob is one of the most chaotic place filled with criminals and low life thugs with guns. In this place one could hear gun shots every 20 minutes. However this place also a hot place for other high level targets and also secret operatives. Outside a three story building one could see a black pickup truck and on the side of the building one could see three black sedan parked in a straight line.

In the third floor of the building in room 303 there were a total of 7 members wearing black t-shirts which was covered by kevlar vest. There were two tables in the middle of the room, one with a bid trunk filled with Sig Sauer 716 assault rifles along with 7.62×51mm bullet magazines. Six out of seven members stood around the other table while the seventh one was leaning against the wall listening to the boss going over the plan.

" At exactly 11:45 pm we will hit the target area which has about 5km radius. Pheonix, you will take position near the entrance of the area on the roof of the four story building. Our targets have set shooters at four corners of the area. They have positioned themselves at the roof of the buildings. There is also a lookout at the targeted building roof. " said Helen who is the leader of the squad 'Cerberus' which is one of the elite team in our Company which conducts the business of Private Military Contracts.

"First we will take down the power supply and make the area dark, after which Phoenix you will snipe those 5 shooters, we have a total of 15 minutes to breach the targeted building before they realise something is wrong. Sergey, Mutumbo, Wolf, Carie will conduct the breach, while I will provide tech support" said Helen as everyone looked at Phoenix as his task was tough as he had to snipe 5 targets at different places fast with no room for error.

Phoenix who was quiet till now came towards Helen and took her tablet which she was using to explain about the mission. "I had already checked the area and had also checked the places where I will be sniping the targets. First one is towards the left side about 150 meters diagonally and the second one is about 100 meters diagonally right side of mine. These two targets will be taken out silently using pistol equipped with silencer. These two are way too close to me that if I use sniper rifle even if it is equipped with silencer hearing of the sound is inevitable. The third target will be the bogie at the roof of target building and then finally the last two shooters who are at the other end corners of the area. The last two targets are long ranged of about 1200 meters so I have also made necessary adjustment to my sniper rifle and scope. I'll finish my targets within 20 seconds" said Phoenix as he once again gave the tablet to Helen who further explained the way to carry out the assault.

"The entire operation should not take more than 15 minutes. We will hit them hard and fast and we will retreat through our escape route in four different ways and meet at the highway before making here once again. For the target building I'll provide you the location of the targets as we have been equipped with thermal and heat sensor locators, however there is a possibility of them taking countermeasures for such thermal screening and if that is the case I'll leave them to you guys" as everyone nodded their head as they had full trust in the intelligence and capability of their boss and their team mates.

Helen aka Veronica Whiteside the team leader was an ex-CIA who worked as the field officer. She had wide range of contacts, and excelled in the field of espionage, infiltration, intelligence, hacking etc. She was in charge of everything from target identification to creation of battle strategy and had the trust of her team mates.

Sergey aka Morov Zurik used to be in Russian Special Forces and retired and joined Private security after settling in USA. He was a combat specialist and also a expert in bomb disposal.

Mutumbo aka katura was a member Nigerian liberation army who after his service entered Private security through recommendation from Helen who worked together with him for 2 years during a mission in Nigeria.

Wolf aka David Lutz worked as an FBI agent in counter terrorism department. He was known to have killed a total of 76 terrorist through sniping as well as many other uncounted deaths in various missions during his time as an FBI agent.

Carie aka Galvin Murray used to be in EOD department in the US army. Though his career in the army was not stellar after his retirement and his service in private security he earned the name Crazy bomber Murray.

Phoenix aka Sean Walker was an ex-CIA who worked as a Paramilitary Operations Officer and before which he was a SEAL. In his career as both a SEAL and CIA operative he killed a total of 329 targets through sniping alone and followed by many uncounted death in various other missions. Both Phoenix and Carie are the only one who entered top 5 FBI watchlist in this team for their lethality and Phoenix was the nickname he earned during his service as a SEAL as well as CIA agent.

At exactly 11:30pm the team started their vehicle to conduct yet another operation as they drove towards their target area.