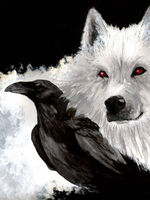 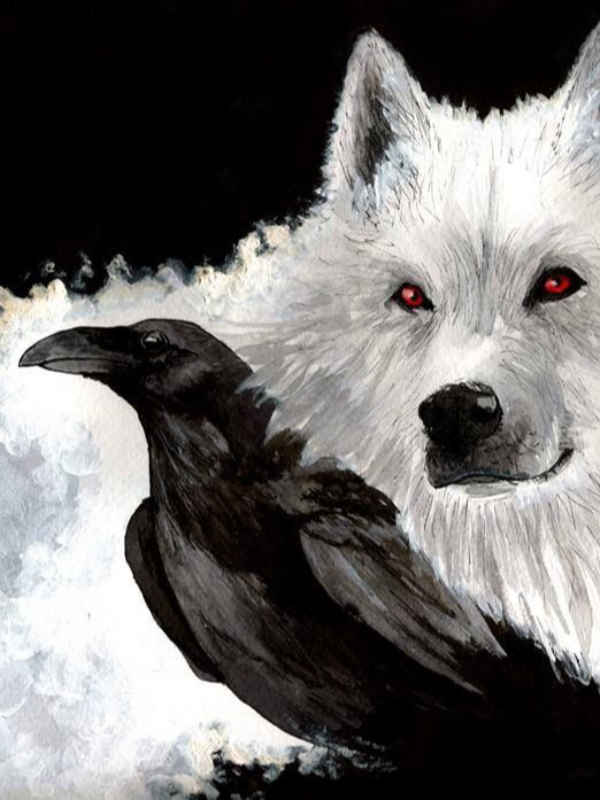 Hi, my name is Remus White just an ordinary high schooler, at least I used to be. To understand my story, we have to go back four years ago.

"Hey, Rem. Want to walk home together?" Val asks as she tilts her head causing her black hair to fall, making her look cute but scary at the same time.

"Sure, our house is close to each other anyway, plus with the people gone missing it safer this way" Remus casually replied as he ties his shoes.

"Than lead the way Rem"

Remus then continued to grab his umbrella since it was raining.

"Hmm, this kinda makes us look like a married couple right, Rem?"

As they were walking back home, Remus sense something following them. Something weird, something eerie, something dark and dangerous.

As it got closer, Remus protected Val by hugging her with all his might hoping he might protect her.

"What's wron-" Val immediately stop asking the moment she saw a black mist engulfing them. She then stared at Remus's white hair and light blue eyes that became duller as the moment goes.

The same thing could be said to Remus as he was staring at Valentine's black hair and red eyes while reminiscing about their time as a friend together.

Val was a bit shorter than Rem about at Remus's chest height causing her to completely enter Remus embraced. If other people saw this scene they would think that Rem and Val were brave yet at the same time shameless for doing these kinds of things publicly since they could not see the black mist slowly covering them.

They closed their eyes as the black mist completely engulf them. Suddenly they were welcome by a cold sensation causing them to shivers down their spine

They slowly open their eyes and were shocked. They were in the middle of a plain-dead-grass field with a forest full of dead black trees with grey leaves surrounding them.

"Where the hell, are we?" Val whispered to Remus's ears. Which was replied with a quiet signal from Remus as he put his bag down. Since Rem has a better adaptation rate than her she decides to close her eyes and calm down.

Val immediately stops talking and puts her bag down too, to calm herself down. After seeing Val calming down, Remus signal to Val using his hand to follow him. Val didn't waste a single moment as she was following Remus quietly as possible without a single doubt in her mind, since they had been covering each other back since middle school.

Remus then went closer to the forest and pick up some broken branches and built a small round 2x2 tent near the forest hoping to camouflage it with Val's help.

'Thank god that bastard of a dad teaches me this or we'll be dead by now' Remus thanks his dad inwardly as he runs stealthy towards their bag and picks them up.

Remus return back at the tent and was welcomed by a worried Valentine.

"Where the hell did you go?! I was so worried" Val sigh with relief as she hugs Remus.

"Ah, sorry about that" Val blush as she realized what she just did and quickly retract her arm

However, Remus kept his calm expression at least that is what Val sees.

Remus then drops their bags and grab Val's face look down at her eyes.

Valentine: 'OMG is he finally gonna do it?! Yes, I have been waiting a long time for this.'

"Val remember when in middle school? When you help me defeat those bullies?"

"Then do you remember our promise?"

Val's mind: Tsk, what the hell do I get my hope for?! That person is dense as an asteroid! Damn False Hope!

Rem's mind: Thank god I manage to control myself

Remus then pulls out a small lamp from his bag and light it up.

"Why the hell do you have that lamp for?" asked the curious Val with a somewhat pissed tone which make Remus wonder if he did anything wrong.

"I brought the wrong bag to school"

"No, it's better that you sleep first, and then we take turns in sleeping in case an animal come by"

"Okay, well good night," Val replied as she pull the handmade blanket, but before she sleeps she ask Rem one last thing.

"Hey Rem, where do you think we are?"

This is a rewrite, although I say it's a rewrite I basically scrap off my idea and replace it with a new one. BTW give me the stone I want them. Ah and check my other novel [From a Ray to a Draygon]

This is a rewrite, although I say it's a rewrite I basically scrap off my idea and replace it with a new one. BTW give me the stone I want them. Ah and check my other novel [From a Ray to a Draygon]