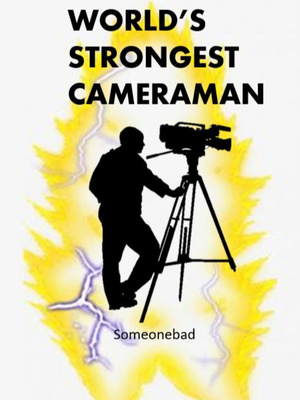 Pethant Ouph was the laughing stock of the Cameraman's Association in a city filled with superhumans, and his life would be forever changed when he met the unassuming Jon Bo, the world's strongest cameraman.

'With every legendary fight throughout history, there had always been a need for a witness to tell the tale. Some say that the one who is able to capture it is logically the strongest of them all.'

Be it the groundbreaking clashes of professional fighters, the bloody debut of superheroes, breakouts at the most dangerous prison, a war between the National Treasure superhumans of two tyrannical governments, or a squabble between the two of the world's ten strongest superhumans, the world's strongest cameraman is always going to be there to stand witness.

Not only for the content, or the fights, but also the occasional panty shots.

This is a fast-paced story with wacky superpowers, one punch man like superhuman dynamics, professions that derived from the superpowers, and super-illuminati called the Ten Fingers which formed the two hands that held onto the fate of Humanity as a whole.

The first 3 chapters are like the pilot episode of an anime, and the next 3 is the first mini arc about the bloody debut of the pro hero.

[Welcome to season 3 baby! Already more seasons than most seasonal anime! Get ready for DAILY updates! BINGE SEASON 1 AND 2 RIGHT NOW! Also, I love reading and replying to comments, good and bad! Just be a professional cameraman about it!]

[Chat to me on discord: https://discord.gg/5AAyr5r]

[Thanks to the therealsamie_'s IG comment who gave me this ridiculous idea. Writing this for the contest, but had too many wacky ideas to stop there. THE STORY IS ALL PLANNED OUT AND I DO NOT DROP STORIES!]