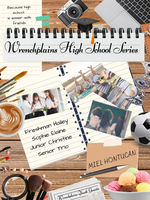 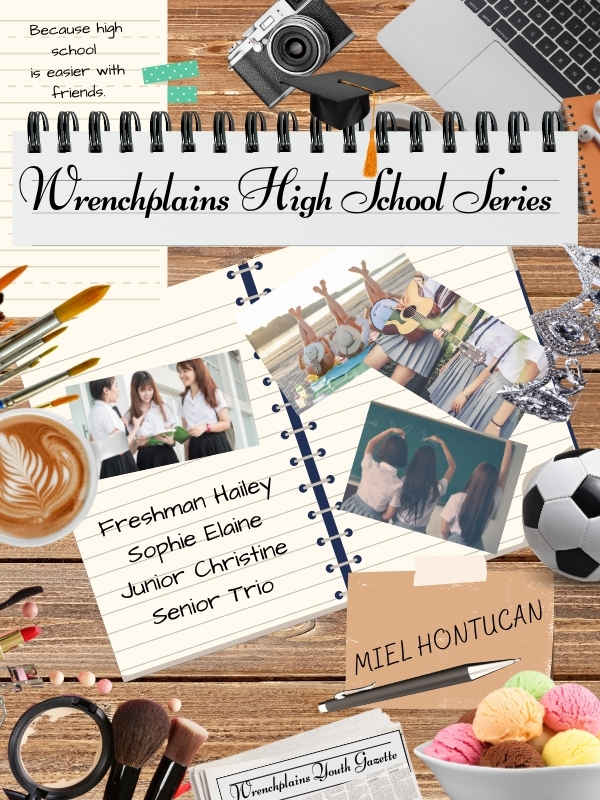 Book 1: Freshman Hailey
Pensive and wide-eyed Hailey Madrigal thinks that being a freshman in high school will finally earn her some respect in her family.
But it isn't easy overcoming insecurities and gaining confidence when she is constantly compared to her popular and talented brothers who also go to the same high school as her.
She meets Stephen Cutler, a British freshman, who instantly became the apple of her eye with his green eyes and thick English accent. He is perfect--well except that he's the High School Queen Bee's boyfriend.
Together they go through the toughest year in high school as freshmen with disciplinary reports, Algebra, love triangles, friendship break-ups, Queen Bees, and falling in love for the first time.

Book 2: Sophie Elaine
Elaine Perez's life has been turned upside down when Dana Ferrer, the school's Queen Bee, crashed her car at her lawn.
One thing lead to another and the next thing they knew-they're going to be stepsisters! This was because their single parents turned out to have been high school sweethearts who rekindled their romance after the accident.
With their personalities clashing, they must find a way to live with each other even if they are both falling in love for the Boy-Next-Door and as well as Elaine getting the part as the lead as the Ibong Adarna (Dana's most-coveted role) in the school's traditional role play, Ang Ibong Adarna.


Book 3: Junior Christine
As an active member of the Young Volunteers Club, Christine Peralta was chosen to represent Wrenchplains High School in the town's Beauty Pageant. The problem is, well, she detests beauty pageants!
But because the pageant promises a scholarship to college if she wins and a chance to raise awareness for coastal clean-up , she becomes motivated to the point to even asking Dana Ferrer to mentor her.

Aside from balancing her time with her volunteer works, academics, friendships, and preparation for the beauty pageant, she must also support her boyfriend, Corey Madrigal, in joining a national singing competition and who might just make the toughest decision in his life.

Recovering from her big break-up, Hailey Madrigal is setting her eye to moving out of town for preparatory college but not without her mother's pleas to stay closer to home. But the course of her love life and the results of her college applications exceed her expectations in the end.

Elaine Trancy doesn't know what to do after high school, so she travels all over town and talked to strangers for advice. But will she listen to people's advice or will she follow her own's life path?

Christine Peralta became an instant celebrity for dating Corey Madrigal, her successful musician boyfriend who dropped out of high school.

She was also able to taste the glamourous life too as a Beauty Queen by becoming a celebrity in her own right. But is it really the life she wants after high school?

Join Hailey, Elaine, and Christine in their senior year in navigating life in the last year of high school before they move out of town to find their own places in the world.