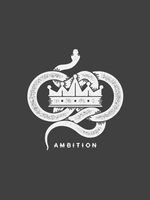 The Sun shone brightly in the sky at 9¾ Station. It was 1'st September, the start of the new term. Parents were hugging and kissing there children goodbye who were about to board the Express Train and continue their journey to Hogwarts at 11:00 a.m.

The train departed from the station as the students and soon to be students waved from inside the train. Among them stood a boy with grey eyes and black hair dressed in poor tastes, which were also a common sight as many of the other new student population were in a similar state, excluding the ones with more rich and sophisticated clothing.

In the boy eyes there was a little melancholy and loneliness which was later turned into determination. He carried his big and bulky trunk in search of a empty cabin navigating the rush of older students trying to get into the next compartment. Though the trunk seemed heavy and mind you it was heavy, he could carry it with a rather easy as the trunk levitated above the floor ever so slightly. He noticed looks of disdain and disgust from a few "privileged" group of older students, but he ignored them and moved on seemingly not bothered or surprised at the subtle racism and discrimination.

Though it wasn't that surprising as it was the year 1892, a time when discrimination of all manner was rampant, and poverty, unemployment and crime at an all time high. Maybe it could also be attributed to the luxury and beauty of the interior of the train which only furthered the difference between his overall look and place he was in, like he didn't belong here; like, If Jack were to walk into the first class dinning hall in his usual clothes among the well dressed elites on the Titanic.

Finally finding an empty cabin, he entered it with haste and collapsed in the seat. After taking a breather he placed his trunk in the storage compartment above his seat that's when a voice called out to him, "Excuse me? Hello, I was wondering if you would be open to me sharing the cabin? Everywhere else is full or just.... anyways, mind me sitting here?"

The grey eyed turned to look towards the source of the voice. It was a boy with blue eyes and auburn hair and a fairly handsome face wearing modest clothes, "Go ahead mate."

"Thank you. I'm Albus." the blue-eyed boy introduced himself putting forth his rough hands.

"Alexander." the black haired boy shook Albus' hand. They sat opposite to each other. Alexander took out a book titled "A Study in Scarlett", the book was in great condition and you could also see a signature at first page, probably of the author.

Albus eyes drew towards the book, "Are you a muggle-born? If you don't mind me asking." at his question raised his eyes to meet his, "Yes." and he went back to reading his book.

An awkward silence descended in the cabin. It was broken when a woman opened the cabin door, "Anything off the trolley dear?"

"Yes, a packet of lemon candy." Albus replied while handing the woman a Knut.

"Anything for you dear?" the asked Alexander who asked for an apple toffee. After which she promptly moved on.

"So Alexander which house do you think we will be sorted in?" Albus asked trying to start a conversation.

"Don't know. Going by the history book we'll be placed into our houses depending on our dominant traits." Alexander replied not taking his eyes off the book.

"I know that but you must have a preference?" Albus asked.

"Not really. It's just a house I don't get what the big deal is about which house you get sorted into." Alexander replied in a bored tone.

Awkward silence descended in the cabin once again. Rest of the trip was spent making small talk and admiring the landscape outside the window.

After about 8 or 9 hours of trip the Hogwarts Express Train arrived at its destination. The students dismounted the train and walked in a fog enclosed Hogsmeade Station.

There to receive them was an old, buffy and slightly overweight man who introduced himself as the game-keeper of Hogwarts. He divided the crowd and requested that the first years follow him while older students go to the carriages. However few students just stood there watching the carriages, not because they were moving on their own but rather what they saw was moving them. Most of them were muggle-borns which was not that surprising given living conditions, social and political environment and many protests were rampant in the current UK.

However, among them were also Albus and Alexander. The two met each other's eyes form sometime and followed the game-keeper, traveling under an opening in the rocks upon which Hogwarts was built, needless to say that they were in awe and wonder of the sheer majesty, beauty and the almost mystical feeling of belonging the place oozed.

But it was so much more for Alexander, who felt as if he is finally home, a place which held a significant place both in his heart, history and lineage.

The students mounted on board the boats, with Albus and Alexander sitting in same one, as they veered through a curtain of ivy and navigating the tunnels on the black lake. Looking above you could see the Hogwarts castle with the full moon eclipting it's towers making for a beautiful scene.

Finally they reached an underground harbour. The first year carefully dismounted the boats so as to not soak the ends of their school robes and trod with an occasional stumble due the rough and uneven path leading to the entrance.

As they ascended the stairs leading to the Great Hall they found a Professor waiting for them, "Welcome to Hogwarts. In a few moments you'll be sorted in your respective houses and join your classmates for the next 7 years. The Houses are Slytherin, Ravenclaw, Hufflepuff and Gryffindor. Your Houses will be like your family. Any achievement will earn you points, any rule breaking will result in punishment and loss of points. At the end of the year, the House with the most points will be awarded the House Cup. The sorting will begin in a moment."

He walked away after saying his piece. The students started whispering to each other but suddenly a voice comes from one the students wearing a better quality robe, "So it's true that the son of the muggle-hater has come to Hogwarts." vain pride and arrogance dripping his voice as he walked towards Albus, causing Albus to focus in his direction with a cunning flash in his eyes as he thought of ways to answer and further converse on this topic.

Albus probably thought of giving no reaction whatsoever as the optimum choice as he just stood quietly listening to the boy continue his words.

"I think what happened to your father was tragedy and he should be celebrated for his great deeds showing those 'can't-spells' their place." the students started to distance themselves from Albus and isolating him from the group. But no response came out of Albus, his face emotionless and eyes a bit dull.

Before the conversation went any further all the students were called into the Great Hall so that the sorting ceremony may begin.

Albus walked behind the group with Alexander walking infront of him. The children were distracted by the enormous Hall covered by beautiful enchanted ceiling showing the night sky.

"The sorting ceremony now begins. When your name is called, come forward and sit on the stool. Then the Sorting Hat shall sort you to your respective Houses."

Whispers started echoing in the Great Hall as the entirety of the student body dawned faces of either contempt, disgust, fear, or some encouragement and validation, except the Professors who did not judge or form any biase against the boy.

Albus calmly walked towards the stool and sat down with the Hat on his head for about 10 minutes. The Hat then declared, *"GRYFFINDOR"*.

The name caused a raucous in the Great Hall with the Headmaster, Phineas Black, almost stood up but calmed himself down as remembered that descendants of Slytherin still exist in the form of The Gaunts but they haven't sent any students to study here at Hogwarts since Slytherin passed away.

Alexander walked towards the stool and sat with the Hat on his head.

*'hmm, a descendant of Salazar finally returns to Hogwarts eh.... let's see what you have to offer.... Hmm, Cunning, Ambitious, Talented and determined.... yep you fit the bill boy... not as vain or proud as Salazar, that's good.... nor are you as power hungry as him but you certainly have his ruthlessness-'*

*'you got a mouth on you boy... and so impatient... Salazar would hit you in head till he hammered patience in you...'*

After about 5 and a half minutes the Hat declared—

A/n:- That's it people. Vote whether you like it and want me to continue it. And THERE IS NO BOY-LOVE

the mc is straight. The MC has only seen movie of the original Harry Potter series and that also once so he doesn't know much about the Wizarding Aspects of the World.

Should this ONE SHOT continue:-