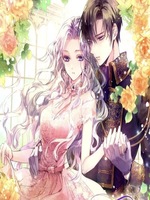 The man got smacked hard on the head by the woman being courted, “You idiot, you should be courting that girl not me,” She pointed at a girl with a fluffy aura eating sweets under a cherry blossom tree, with special effects of course, “and I wouldn’t like you, even if a century passed! Liam Benjamin Rivera, or little rat baby, stop pulling these pranks and ask the girl you like out!” The lady yelled harshly

“Stop calling me Sil,” the lady said, “Well, then stop calling me a LITTLE RAT BABY!? DO I REALLY LOOK THAT UGLY TO YOU????” The man, Liam, yelled, “Well, Yeah, in my eyes any man could overcome your looks with a day of my special potion, well, I call it moisturizing cream,” The lady said

For some odd reason, there had always been an argument between the two when they happened to meet each other, whenever, and wherever, like a hot tempered phoenix and an icy cold dragon, but, the lady’s, or Silvia Vera Lapis’s, parents would always try to stop her,

The reason why is because... Liam Benjamin Rivera was the son and crown prince of the neighboring kingdom, but status did not matter to Silvia because to her, his status was just how influential his parents were, not the child, YET,

“Ay, would you like it if I came up to you and said,” Silvia pulled Liam up on his feet, kneeled down and smiled shallowly, “αн~ ∂єαя ℓιαм, ι ℓσνє уσυ ∂єαяℓу!" Liam froze for about two seconds, enough time for Silvia to kiss hid hand covered by his glove, “What the f—“ Silvia covered Liam’s mouth, “Family friendly!”

“Eh, yeah I’ll try not to play those tricks anymore, Silvia,” Liam looked very flush and shy, not like his usual playful act, “Better not,” Silvia laughed and patted his head, “No worries I’ve got no interest in you Liam!” He smiled playfully, but what she didn’t know was that Liam was hurt to the core by her words just then.

A one sided love? Find out on the next episode of dr@g0n b@ll Z!

PS. Picture credit goes to whomever created it, and I'm sorry, but I couldn't find a better picture, so I just stole one from a novel/manga!