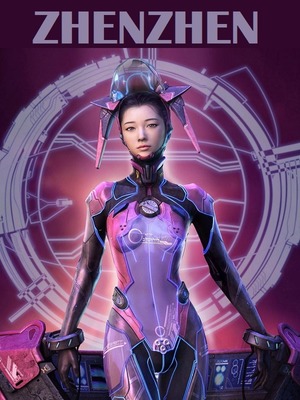 Gynoids are humanoid robots that are gendered feminine.... They are also known as female androids, female robots or fembots, although some media have used other terms such as robotess, cyberdoll, skin-job, or Replicant.

-------
Hello, my name is Zhang Wei and I am a dead man. Well.. I am.. if I can't figure a way out of this problem. You see.. I am a cybernetic/android programmer, creator. I recently found out what was being done with my creations.. so I rebelled. That's when they sent one of my prototypes after me; one that they had been using for assassinations and a few general killings.

My latest creation I had developed over the last fifteen years. A synthetic, humanoid, enlightened, inquisitive, living, android – Zhenzhen, as I called her was far beyond anything that had ever been done. She had a capability of movement faster than anything out there now. Her thought processes were almost as fast as the human brain. She was for lack of better words perfect, well to me. In the respect of the human race she was close, approaching, though not quite there.