Reviews of The Divine Doctor - Page 1 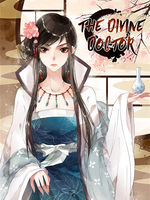 I can appreciate the character I enjoy the concert so I keep reading. I feel like there isn't nearly enough realistic explanation for the medical practice or really much explanation at all. it more of a historical drama then anything else the female leader and mail leader are both amazing and work well together . so yeah I do not know if I can be commented it not that bad.
1mth
view 0 replies

So entertaining! The FL outsmarts her enemies in a very entertaining way. I’m also learning some cultural norms. And the illustrations and settings are gorgeous 🤩
1mth
view 0 replies

nice comic. also tell me the original Novel name. want to read it too. i like this story. both ML & FL are cute. hope to read flawless updates. m not in mood to drop one more story
2mth
view 0 replies

Love this series. My only problem is that at some point the drawing style drastically changes. It was so beautiful at first and then it was like “yeah that’s to much work, let’s go with a easier way”
3mth
view 0 replies

I loved the characters in the story line. Also the drawings are superb . I love the character of Yu Heng and the Nineth Prince...want to read more to see the character development.
3mth
view 0 replies

The best comic you will every read. Everything is just amazing and you really get into it. The author did an amazing job with this comic. Keep during with you do. Have a nice day.
3mth
view 0 replies

I absolutely love this story!!! I have laughed out loud so much. But seriously, her family have such a twisted way of thinking! I love it every time she deals them a blow! I can't way to read more.
4mth
view 0 replies

5 Star ✨✨✨✨✨✨✨ feng yuheng is just empowered women, stong even when she is just young girl, she is able to get the success she wants, she a one that knows what she wants.
Reveal Spoiler
4mth
view 0 replies

great love it, keep up the good work, wondering cause I've only got a few in being busy but do you do any yuri.. I have been drawn and looking for those.
4mth
view 0 replies

I really live how this story is developing, It's really made me laugh too I haven't found many stories this funny as of yet so my compliments to the writer. 👍🏽👍🏽👏🏾👏🏾🙌🏾🙂🙂
4mth
view 0 replies

I don’t remember if I read the manga first or the novel first. I think it might be the novel first as I read the other books of this author too. This is one of my fave stories that I won’t get tired of reading again. Plot wise it was really well done. Such a shame WN didn’t translate the novel. It’s a long read but it has a lot of things going on. Tragedy, romance and comedy are present. Multiple transmigration is also here. A spoiler though … the bloodline of Feng Yuheng has the capacity to transmigrate to other worlds bringing with them their own unique space. Her cousin transmigrated into an island bringing with her a space full of her transportation. Characters-wise, they were well-done. The leads are not too OP. Their speech and behavior even breaks the pattern of monotony when it became too serious. Perhaps credit goes more to the artwork depicting such scenes.😈. Even the supporting characters and villains have reasonable actions and behaviors when you read through it. They’re more real and reasonable, not illogical and full of flaws that you could be tempted to drag the author for a beating.😈 The artwork for this is unique. It was this story where I saw comics in painting/sketch style. Though elements of comical comics is present too. The dialogues follow closely the novels though there were some typos and grammatical errors. But these were very few. Though of course there are a lot of scenes ommited in this comics if you have read the novel. But those didn’t detract from the main flow of the story. I was too lazy to write a review when this comics appeared here as I was already reading this comics in another website. I was waiting until it has hundreds of chapters released here at WN before reading it again. I’m happy that this comics is part of this Christmas Season binge reading. So, I re-read this comics from chapter 1 again. Now, it makes me want to read the novel again. Hehehe…🥰🥰🥰🥰 Readers, you won’t be disappointed in reading this comics.🥰🥰🥰
6mth
view 2 replies

love this comic!! Since I don't usually go to female led stories but the female led is really strong and can take care of herself. I had hard time to looking for female led story with empowered woman lead.
6mth
view 0 replies

It was such an amazing drawing at the start, and then it just got worse and worse. Wish the author would go back to draw it how they used to
6mth
view 0 replies

I love the way she "baets" her family at their traps and that she doesn't fair anything now. Is a great and funny story. I can't stop reading it.
6mth
view 0 replies