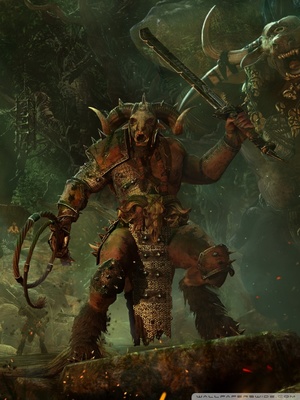 Faruth stood alone on the outskirts of the surrounding forest, just a bit past the village's wall. He wanted to test some things for the upcoming fights in the future, especially against the boss that controlled the Lizardmen outpost he had recently destroyed. With his hands down at his sides he closed his eyes and remembered the past. He remembered the fight with the Hobgoblin, Fulbash. The first major fight he had after coming to this world.

He remembered dodging as he clashed against him, fearing to get into a head on confrontation with the monster's herculean strength. As the combat was drawing to a close, he grew increasingly tired, slowing his movements greatly. In an attempt to finish the dragging fight, Faruth tried something that he had never done before, combining multiple skills. He used three simultaneously, causing a white light to erupt from his body and into the surroundings.

Though he lost consciousness after that, judging by the fact that he was still here today, it was clear to see that he came out the victor in the engagement. That much was known already. The pressing question however, was the light itself. Faruth had similar experiences with the light alre