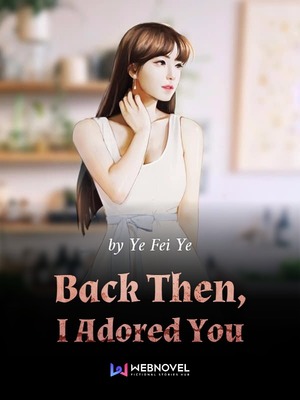 Back Then, I Adored You BTIAY

As soon as his fingertips were about to touch the screen, Gu Yusheng threw his cell phone aside again.
Why would I call her? To tell her I have nothing to do with Liang Doukou, or to scold her for linking me and Liang Doukou together?
But what does she have to do with me?
He was reluctant to lecture her, but he was also unable to form an explanation.
Gu Yusheng became more anxious and angry.
It seemed that he hadn't been as angry as he was in this moment since little troublemaker had left him.
Gu Yusheng put the cigarette to his mouth, took a fierce puff, and then spit it out heavily. Looking at the smoke in the air, he raised his hand angrily, and scratched his head forcefully.
Even if I'm not sure if she's my little troublemaker, I don't want her to misunderstand the relation between Liang Doukou and I like that.
What if she's really my little troublemaker that I've been looking for?
More importantly, no one knows about my relationship with Liang Doukou except those close