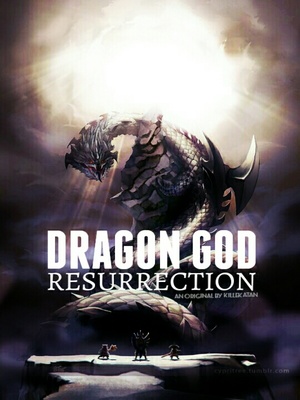 26 The second General, Sanarei! 1 year ago

Marr's kicked the floor, he jumped towards the Tiefling and his chest swelled up. While midair he let out a blinding pale pink light with electricity flowing through it towards Sanarei.
The breath attack hit the Tiefling directly and raised a dust cloud into the air, but Marr knew that was far from enough to deal severe damage to her. He raised his axe and swung it towards the Tiefling with all his strength.
The sound of metal colliding was heard, and as the dust settled, Sanarei was parrying Marr's attack with a strange curved sword that emitted a dreadful energy.
Her dark red-colored skin now had a metallic luster, and the only visible damage done was to her clothes.
[Impressive the spell she used made her skin much tougher and this sword the force behind it is not much but the power contained within it is absurd.]
Dayer appeared out of the shadows as he attacked the Tiefling with his daggers. Suddenly, an enormous creature appeared in front of him blocking his attack. This monster had long arms and legs filled with spikes, his hands had five flexible claws in place of fingers. A crooked smile with many missing teeth could be seen on the creature's face and his empty eye so