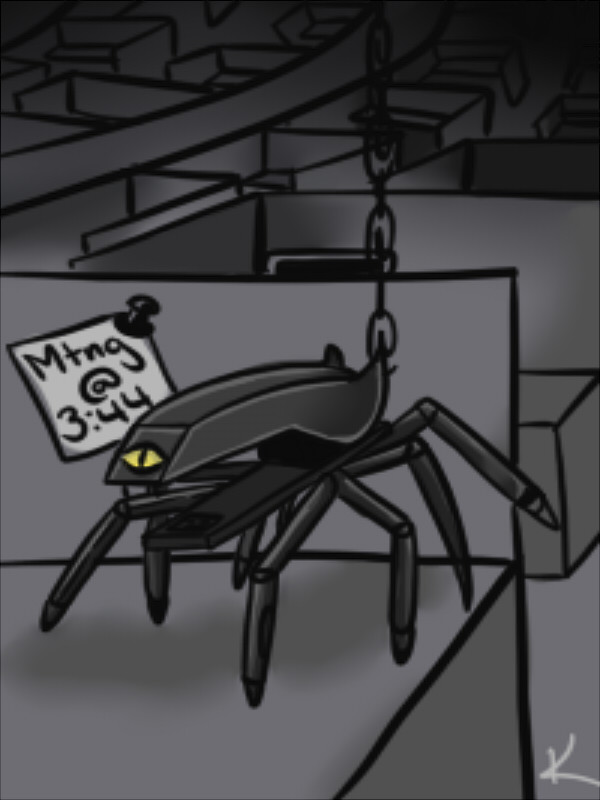 The trio sat in office chairs they'd pulled up into a triangle, leaned back and staring up at the tree. They'd taken about fifteen minutes, just relaxing, watching the colors dance. It was also a good chance to rest, sip water, and munch on one of the slightly smushed sandwiches Anesh had packed.

"We should probably consider getting up." James said, cracking his knuckles.

Anesh and Alanna groaned as they streched out sore muscles, nodding. Sitting forward, Alanna rolled on the balls of her feet and stood up. "Okay, where to now, guys?" She raised her arms up and did a few jumps, flexing stiff legs. "Do we go..."

She cut off as Anesh started making a distressed series of "Um!" noises. James looked up from where he was zipping up his bag, and Alanna glanced down from her check of the hall, to see him wildly jabbing a finger up at the tree they'd been sitting under.

The monitors were glowing, but as they watched, an increasing number of them dropped the screensaver, replacing the dancing colors with text on a black background. "Out." The first one James saw said.